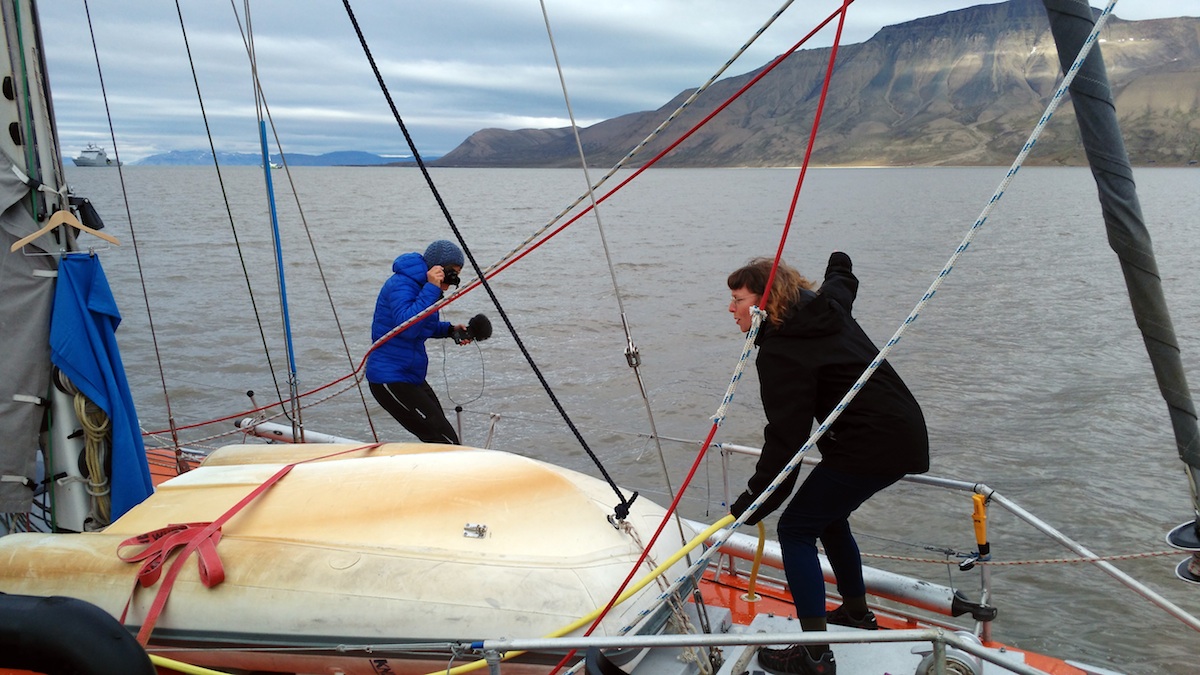 A few years ago, a Swiss couple, engraver Mélina Repond and photographer Benjamin Ruffieux bought a sailing boat. Her name, Knut, predestined her to make a journey another Knut will never do: leaving the inappropriately temperate and noisy European continent for the welcoming cold and quiet shores of Svalbard.

This article was written by staff writer Marion Prudhon. Like it? Donate!

On the refurbished vessel, the couple organizes socio-educational trips: one can learn about sailing, about the sea, about living together. Great lessons about one’s own limits, one’s place on a team and the insignificance of humans in the bigger picture – especially when on the sea – that should lead to modesty and respect toward the universe.

“Covering 70 percent of the planet’s surface, it is something, it is almost all,” the couple notes at their website. “At those times when human beings are wondering about their place on Earth, it is interesting for them to turn to where they come from: the Ocean.”

“On the Ocean, especially on a sailing boat, a human being is nothing. He finds himself  again. He discovers the world again, or let’s say 70 percent of the world. We want to promote the dialogue between the Ocean and human beings.”

Keen on sharing these experience with other artists, they organized their first artist residency this year, choosing the shores of Spitsbergen as their destination.

A tough selection for an unusual crew

Four artists (Gwennaël Bolomey, a video maker; David Brülhart, an engraver; Anaëlle Clot, a designer; and Alexia Turlin, an artistic agent and teacher of fine arts), a journalist (Mélanie Rouiller) joined a three-person crew. Choices were based not only upon artistic skills, but also on human compatibility. They had to be in complete harmony with the project and able to live in a community stuck in a confined space.

“We ended up talking about our expectancies and possible competitions, but what interests me is exactly to find myself with people I did not chose,” Turlin said. “Compatible with the sea? I don’t know. I never lived on a boat, in a closed space. Afterwards, it will possess me all my life.”

An open project: Why go to the Arctic?

With 70 percent of the planet to choose from, why is the Knut sailing here?

Scientific expeditions traditionally include an illustrator (nowadays replaced by photographers and video makers). This time, the artists are leading the expedition to “bring a poetic eye on this area, which is rather scientifically documented,” Brülhart said.

There is neither imposed subject, nor medium, nor format. What is important is the quality of work.

“Each of us will chose whatever he wants,” Turlin said. The most important thing is “to let the life onboard possess you, the life with others” to create a documentary memory on Spitsbergen “depending on our personalities.”

Two years of prep, a year of work after
Work will be done in two steps. First, one intense month onboard the Knut immersing themselves in the atmosphere, living together, navigating, experiencing the Arctic. Collecting memories, notebooks, sketches and photos. All of which will be the basis of work in their respective studios. Then six months to a year to get three exhibitions ready.

But before this, artists and organizers already spent two years settings things up.

“We met and welcomed each other in our respective universes, to get used to each other,” Turlin said.

The first exhibition allowed them to build relationships and to share about this project with the public.

“These are areas where people never go,” Turlin said.

The project raised mixed feelings ranging from fascination to concern.

“People did not ask so much about what we would be doing on the artistic point of view, but rather on the logistic side,” Turlin said. “How are you going to wash? What about being seasick?”

From dream to introspection

“For me, it was a dream. I went to Cape North and made a wish to come one day in Spitsbergen,” Turlin said. Coming here, it is also “being closer to the elements, finding out who we are.”

Clot’s designs usually involve imaginary nature, projections of our phantasms as showed in illustrations of exploration notebooks or maps.

“For me, it is a unique opportunity to come here,” she said. “I took some information, but I did not dig too much because I wanted to keep this a discovery and imaginary atmosphere. Spitsbergen, it is a bit like Neverland.”

‘A masterpiece in peril’
More than a simple pictorial record, the highly concerned and ecologically active artists also want to deliver a testimony. This expedition provides them a means to approach an apparently long-distance phenomenon: the archipelago is a direct victim of climate change.

Like those paintings and postcards bearing witness upon the melting of alpine glaciers in Switzerland, they want to testify about Svalbard’s ice floes and glaciers, and send a message to other citizens of the Earth and future generations.

“We wonder how it will look like after ten more years,” Turlin said. “There are more and more people, it looks like Disneyland.”

But the more we talk about it, the more people are attracted.

“Might we preserve this place by not coming and not talking about it?” Clot said. “This project is full of paradoxes.”

They talk about the flight here, the use of the boat’s engine, the way resources are brought here, supplies and dietary choices on the boat, and the bigger cruise ships. Should people become vegetarians?

“We should first see to what point we manage to go, the seven of us, and then spread it around us,” Turlin said.

They observed several rules onboard. One example is this tricky one: every day, the whole crew is required to compress all of its trash into a one-liter plastic bottle.

Giving the last words about Svalbard to Brülhart: “It is a masterpiece in peril.”

More information about the group’s expedition can be seen on its Facebook page. 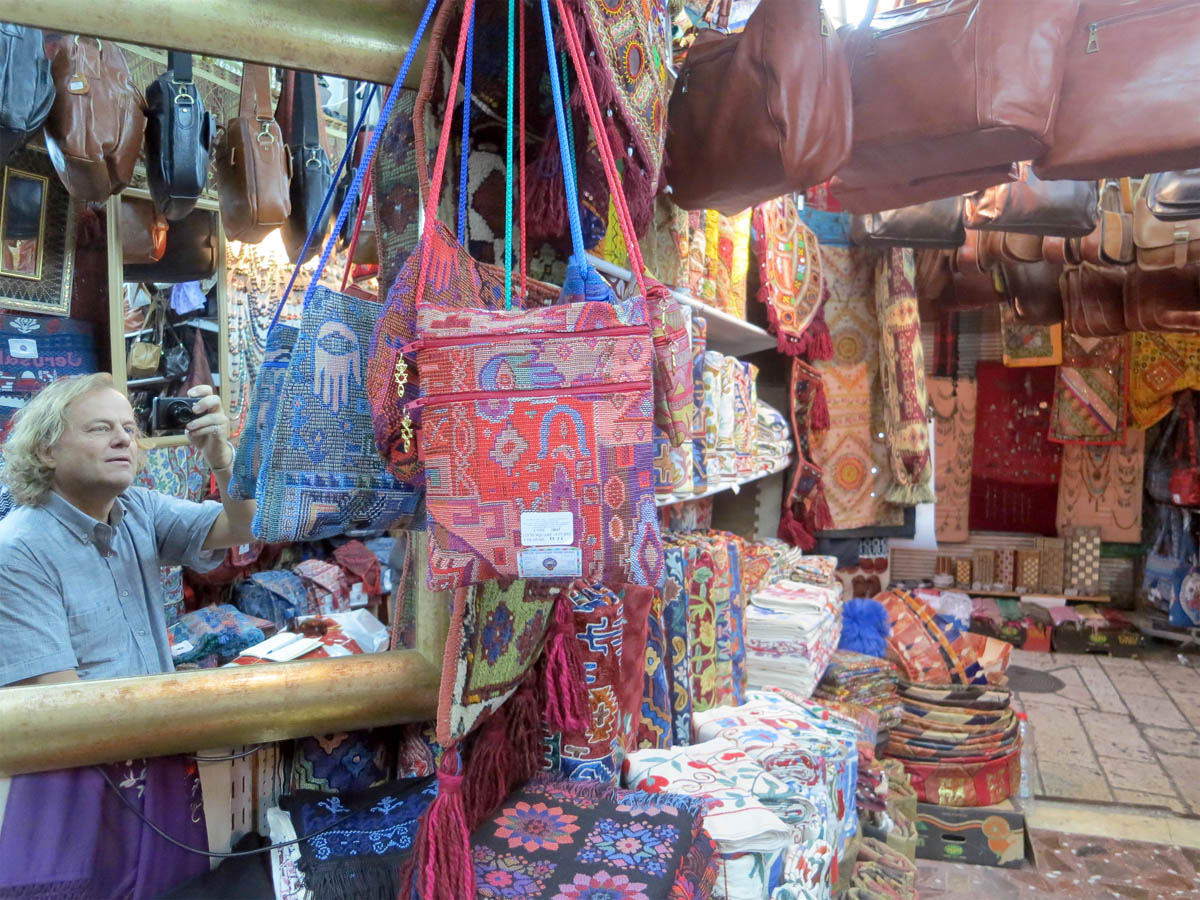 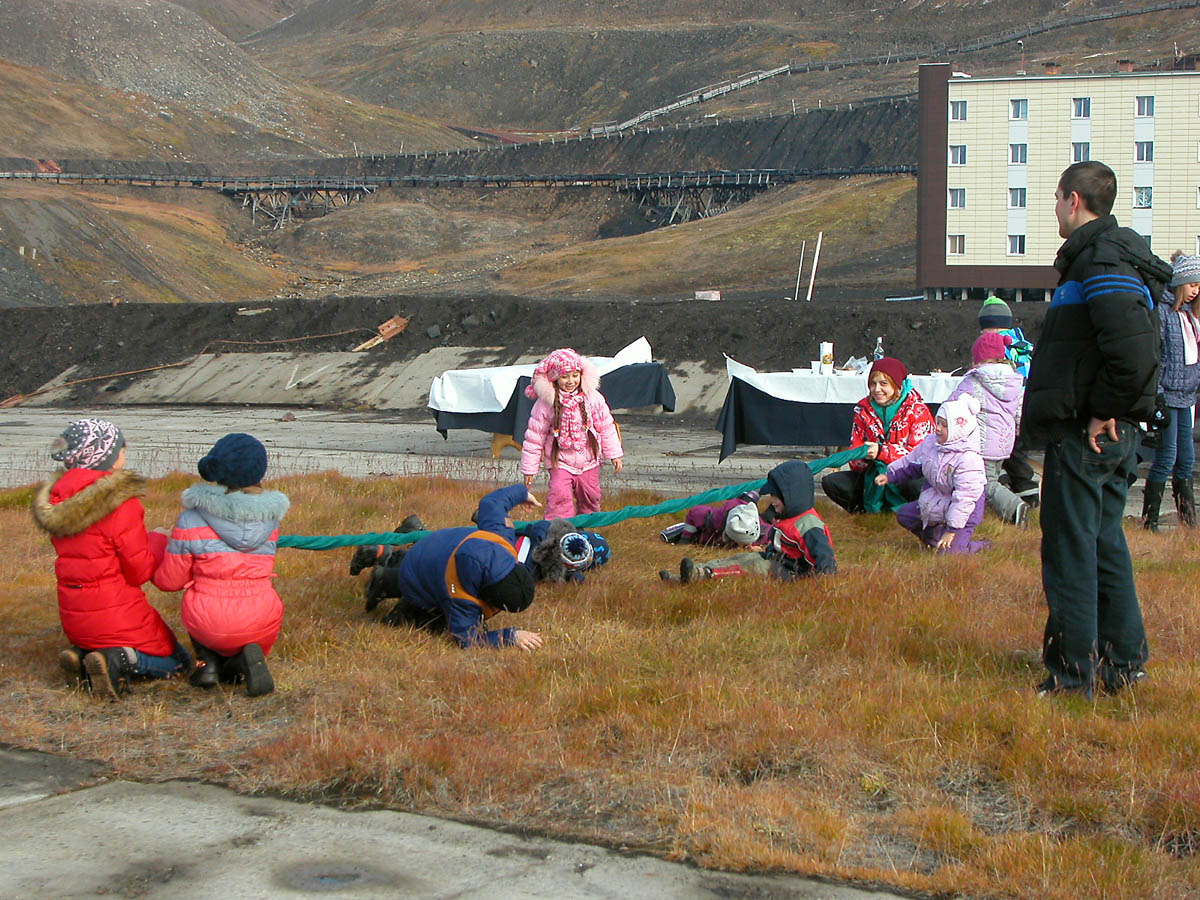