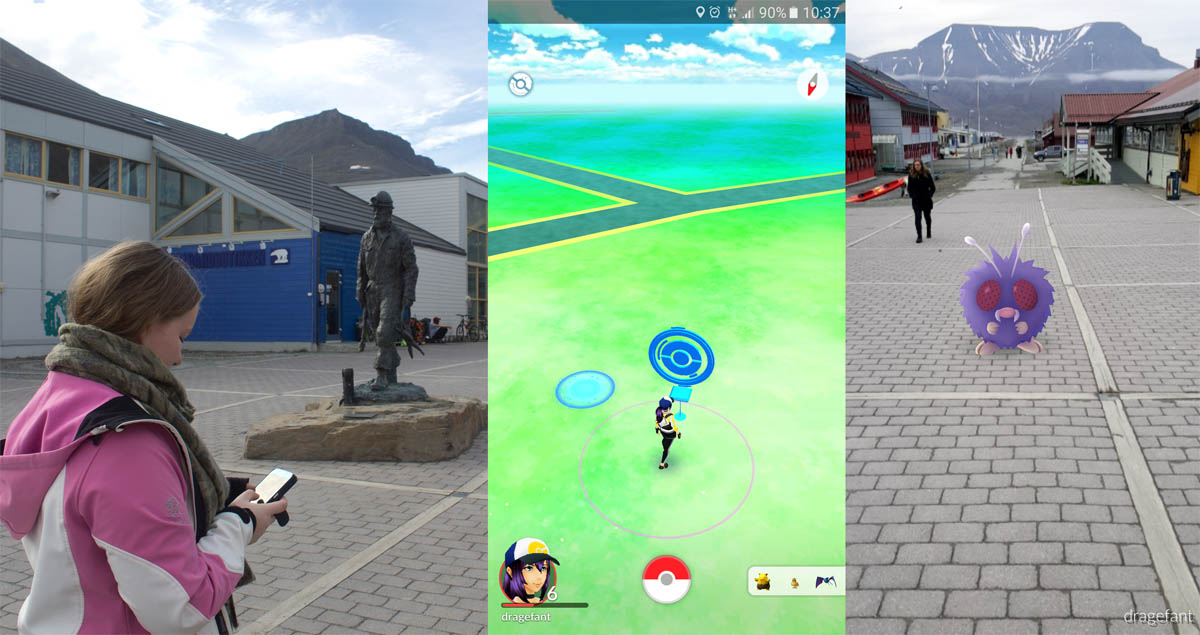 Some intruder left some extremely bizarre (and probably toxic) items at the coal miner statue in the town center and Elene Nilsen is determined to catch ’em all.

Nilsen 22, who by day is a mild-mannered receptionist at the Radisson Blu Polar Hotel, is among the small but rapidly growing citizen militia participating in countering perhaps the worse pollution and invasive species problem in Svalbard ever. At the statue, she pulls out a small space-age device and directs a beam toward the debris that seems equally invisible to the tourists passing by obliviously.

“I got two Poke Balls, a Pokémon egg and one potion to heal the Pokémon,” she observes.

Yes, heal. Nilsen may be a captor, but she’s a kind one who doesn’t keep her captees in gulags and so far hasn’t been inclined to force them to fight other captees in arenas tactfully categorized as “gyms.” In fact, her enlistment is basically the result of some of her fondest memories of a mostly innocent childhood.

“Pokémon is famous worldwide,” said Nilsen, who began playing the original version of the famous game at the age of six. “Pokémon is one of my generation’s biggest games. It was something new. I was small. It was colorful. I admired the imaginations of the people who wrote it.”

The latest of many titles in the series is Pokémon Go, which has been downloaded at least 15 million times (not counting unofficial copies) since being released July 6, caused countless amounts of chaos as captors visit dangerous and sacred sites, and gotten media coverage from every media entity on Earth and probably some other planets (including, sigh, us…although we’re not mentioning That Company by name).

The game became officially available in Svalbard this week and for Nilsen it was, well, virtually electrifying.

“On the old version I had to sit inside and play,” she said. “When I was a kid all I wanted to do was go outside and catch Pokémons. It’s kind of been like a dream come true.”

Her cleanup efforts at the statue were reward seconds later when she turned around and discovered one of the alien species standing on the main pedestrian walkway through town. She again resorted to her handy device, which by some magic power managed to store all those bulky items she found, and used it to hurl a Poke Ball at the critter.

Without resorting to interrogation, she discovered the detainee was indeed a highly sought-out occupier

“That is the biggest one,” Nilsen said, referring to the creatures she’s caught so far. “It’s a crab. I didn’t expect this one to be that good.”

The crab (using the totally non-obvious alias of “Krabby”) possess a “combat power” of 130, whereas others she’s caught so far have ranged between 50 and 100. (Still, it’s not she caught the Pokémon Bin Laden, since it’s ranked the 118th in power out of the games 151 critters).

Nilsen, who said she prefers single-player games like Skyrim instead of multi-player death matches, said she’s avoided marching her captees into those gyms because she’s not as blood-thirsty as other militants willing to pit one Pokémon against another in “winner takes both” matches. (Not that she isn’t above trying it or staging a hostile takeover of some of the local gyms, if she achieves a high enough rank.)

Some locals enlisted in the militia well before it was officially deemed “well regulated.” One such participant, granted anonymity because he “felt like a bit of an asshole” for helping the game’s servers crash due to the extremely high number of players, said he found plenty all over town during the few hours he kept it on his magical gadget.

He also discovered the existence of a militant with the nickname of “Whiteout666” occupying over lots of Longyearbyen’s public property with a Bundy-like vigilance.
“He owns all the gyms. He must have been playing it since it was first released in the United States,” said the anonymous captor, who plans to reenlist now that the militia has been recognized.

However, this particular militia will be roaming a battlefield full of hazards like nowhere else. Recon suggests those critters and items are now in places like decaying mine sites, the Doomsday Vault (where we’re guessing an actual Pokémon vs. zombies battle is happening) and glaciers near town. Not to mention what militants with satellite gadgets – yeah, they can be attached to smartphones – will find way beyond town). 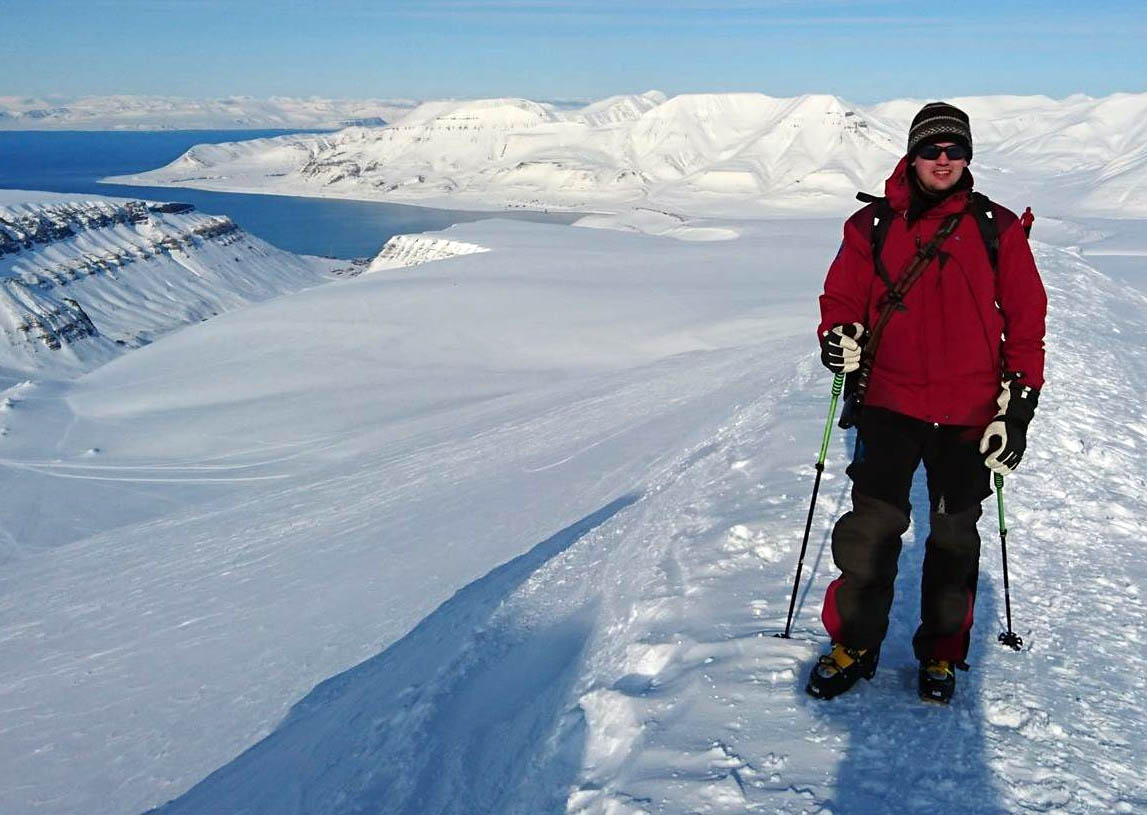 Previous post Pokéing around: The unedited diary of the world’s northernmost Pokémon Go kingpin (for a day or two) 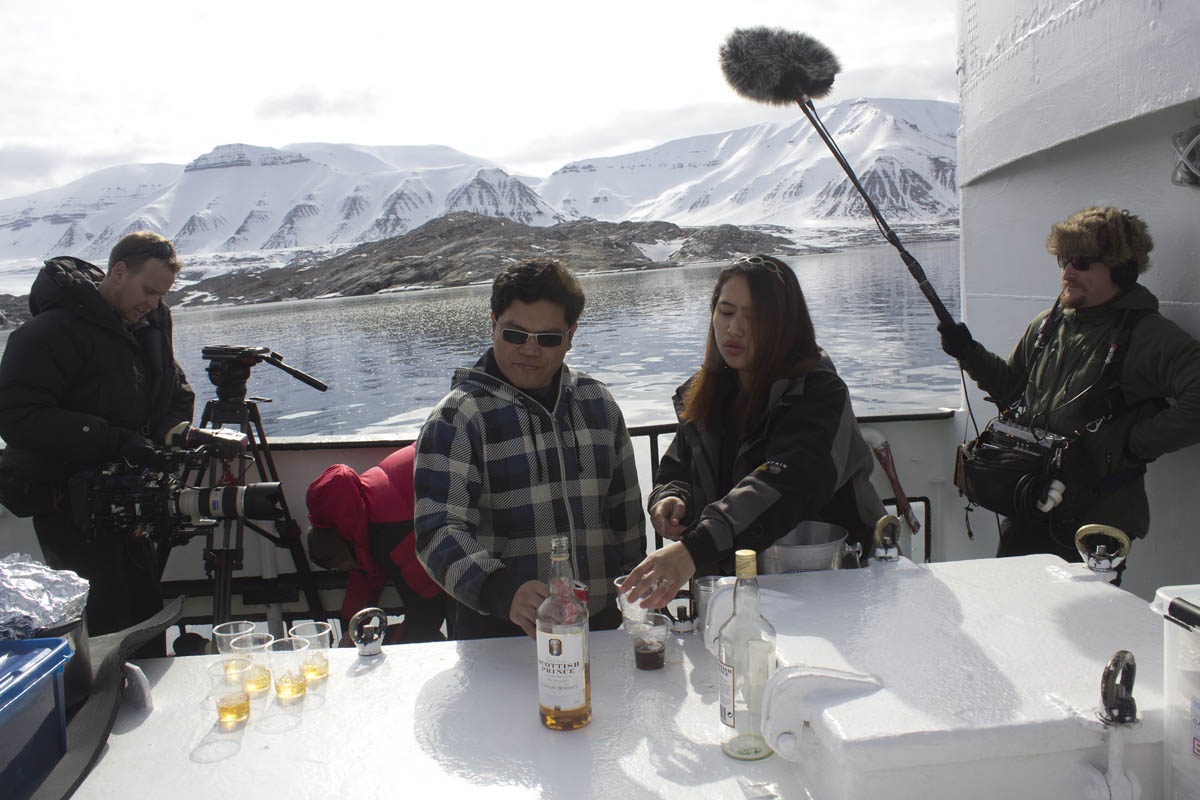 Next post Rant: If this article is true, everyone’s worst fears about that BBC ‘docu-soap’ are coming true