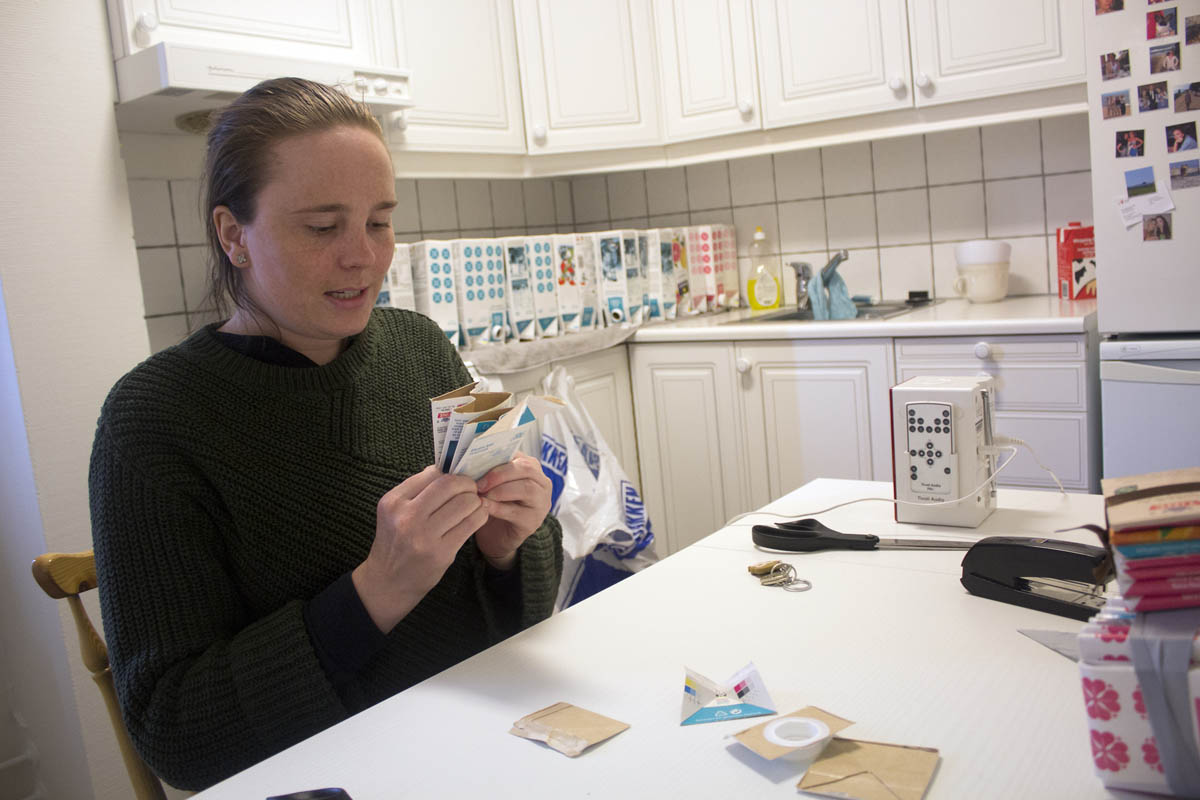 If this summer’s tourists feel like their pocketbooks are being picked, Thora Soot is hoping they’ll at least return home appreciating the craft and charitable value of those empty wallets.

Soot, 27, who moved from Oslo to Longyearbyen in March, put a cryptic message on a community Facebook page about a month ago seeking 1,200 empty milk cartons. While plenty of interested donors responded, she remained elusive about her intent until starting to collect them a few weeks later: making wallets to raise funds for books and other supplies for the refugee school her sister teaches at in Rwanda.

“She has to buy the books in Oxford,” Soot said while making a batch of wallets Saturday in the hope of having all of them ready for the first cruise ship tourists of the season Wednesday. “They like  same things the kids up here do.”

While people might commonly associate Rwanda with the genocide two decades ago and lingering refugee problems, Soot – who’s been to the east African country several times – said it’s a far different and safer place than its stereotype.

“I love it,” she said. “The people are so nice. The scenery is incredible. In some ways it’s like Longyearbyen. It feels like you have the freedom to do anything.”

In addition, Rwandans – much like people living in Svalbard, are generally independent-minded, Soot said.

“They don’t accept charity unless it’s an investment,” she said, which is why she is targeting her fundraising at a specific and practical expense.

Soot said she doesn’t have a specific amount of money she’s hoping to raise by selling the wallets, although she admitted her request for 1,200 cartons was overly ambitious.

“That was my big hairy goal,” she said. Even so, just getting a hundred or so was enough to fill her kitchen and “it smelled pretty funky for a while.”

Turning the cartons – once thoroughly washed and dried – into wallets takes only a few minutes by flattening the cartons, and cutting off the tops and bottoms. The tube is then folded in a few appropriate places and stapled, resulting in a credit card-sized wallet that fans out into several compartments.

The wallet is held together by punching a hole in the lid and tying a rubber band to it, which is a more durable fastener than one might think.

“I having people testing it now,” Soot said. “I thought it would rip a hole, but the way the milk carton is built it’s really really thick.”

And while going home with just the empty wallet might not seem much like a “Svalbard” souvenir if unadorned, Soot said she plans to decorate the wallets with a “made in Svalbard” stamp and other distinctive decorations to “make it more than just a piece of rubbish.”

Helping her make the wallets was Bridget Kruger, 29, a student at The University Centre in Svalbard from Western Queensland, Australia, who said she got involved in the project without quite knowing what it was about.

“(Thora) just told me she wanted to make an island of colorful stuff,” she said. But after seeing a YouTube video of wallets being made “I thought it could be really exciting.” 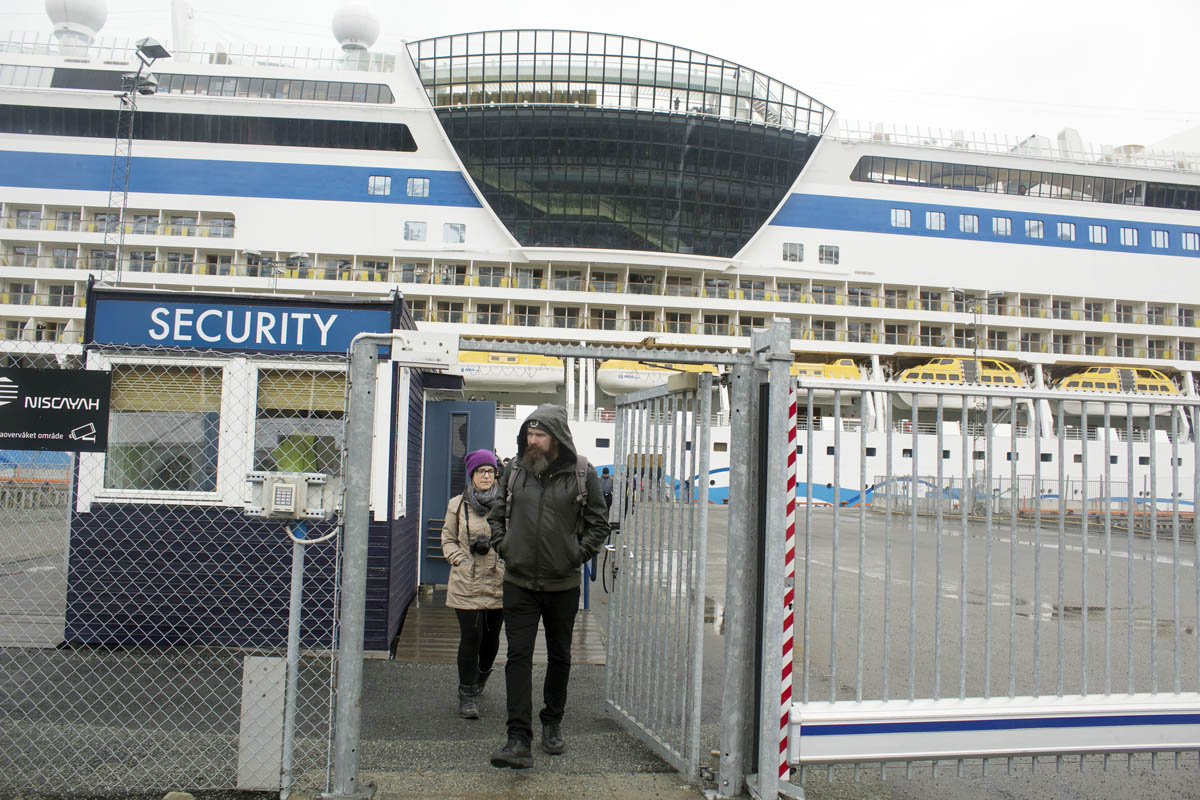 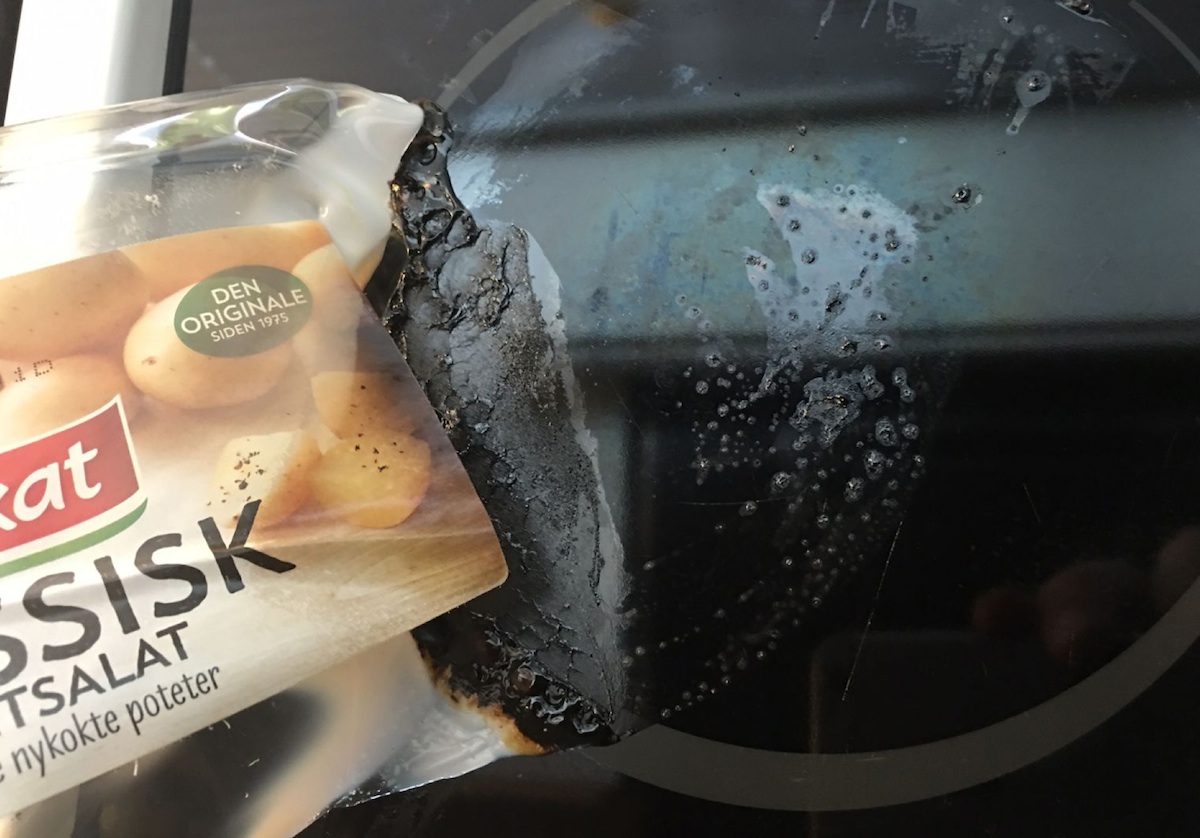 Next post Briefs from Svalbardposten for the week of May 31, 2016