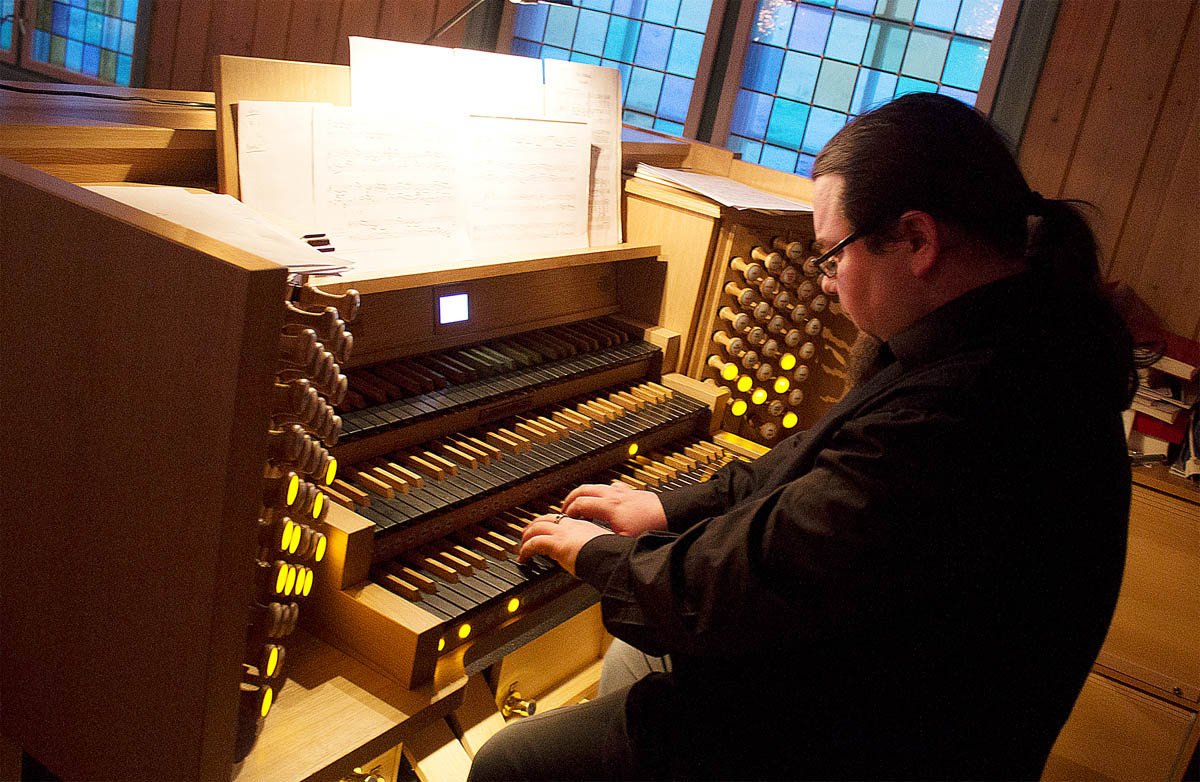 For his first hands-on experience with all those knobs inside the church, Jovna Dunfjell was dressed in his finest.

“The first day I sat here all day,” he said.

The lessons learned during that session in early March and many more during the next two weeks were heard during the first concert featuring Svalbard Church’s new 250,000-kroner organ.

In addition to accompanying operatic baritone Leif Jone Ølberg on a variety of traditional pieces, Dunfjell performed some solo numbers specifically intended to show off the results of various knob combinations, pedals and three keyboards.

“The possibilities it gives you to perform all kinds of music – the organ is like an orchestra,” Dunfjell said.

In comparison, the old one “was plastic,” he said. “It didn’t give me anything. This allows me to live through the music.”

While the organ uses electronics rather than pipes – which would fare poorly due to Longyearbyen’s dry air – Dunfjell said the instrument can emulate four different types of classic and modern organs. It also has self-contained speakers powerful enough to be heard throughout the church without overwhelming those nearby.

Of course, all those features mean a bit of an extra learning curve. Dunfjell said the hardest part of learning the instrument is “to memorize where you can find the different stops and how they sound together.”

Church officials decided last fall to purchase a new organ. And while 250,000 kroner might sound like a big number, Svalbard Church Priest Leif Magne Helgesen said the organ is a “home” model whose cost pales in comparison to what a “real” church organ.

“This is not an expensive organ,” he said. “If we really wanted to buy a church organ it would cost two million.”

Furthermore, the old organ had pedals that were no longer fully functional, making the new instrument both an upgrade and long-term investment.

“We will keep this organ for 25 years,” Helgesen said. “This is a cultural gift to Svalbard and to the church.”

The old organ has been moved to Huset, where church services were held when it opened during the 1950s. 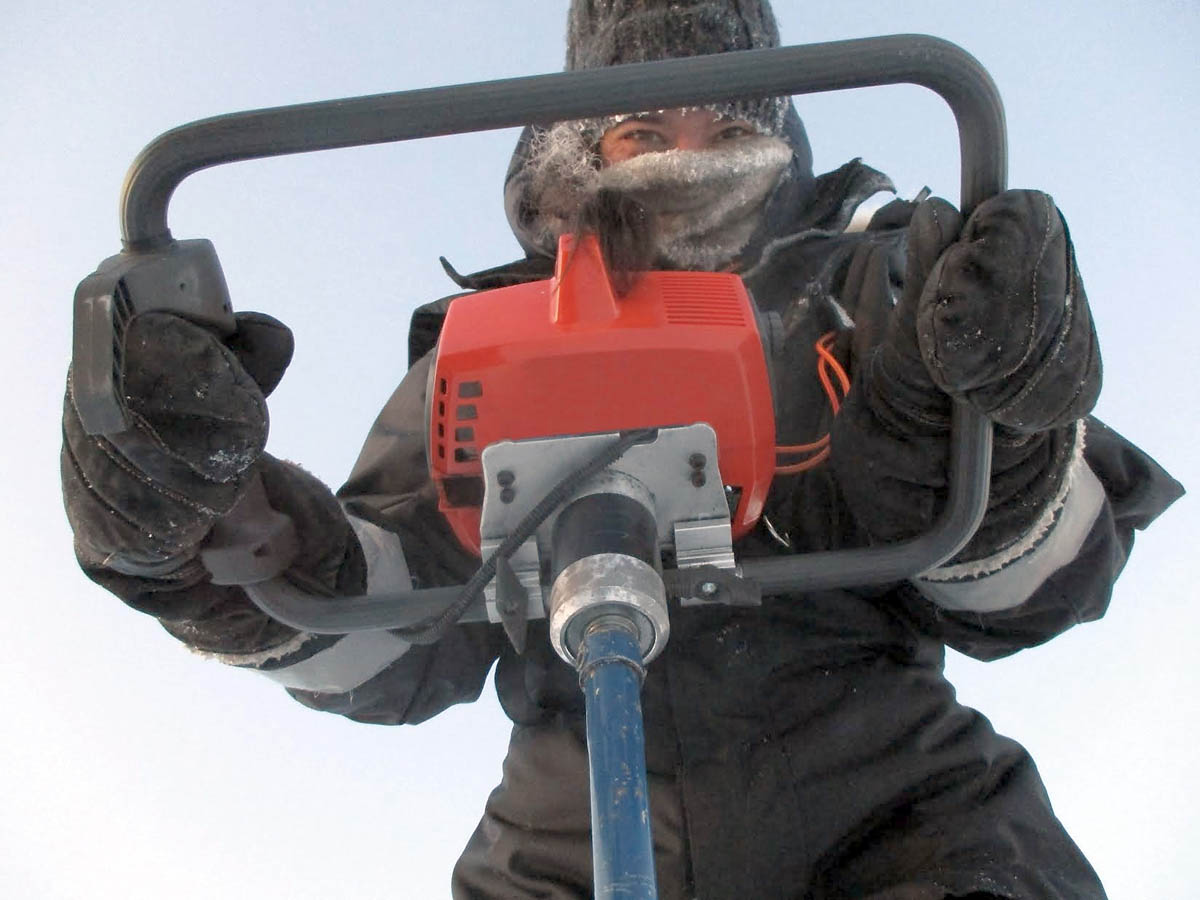 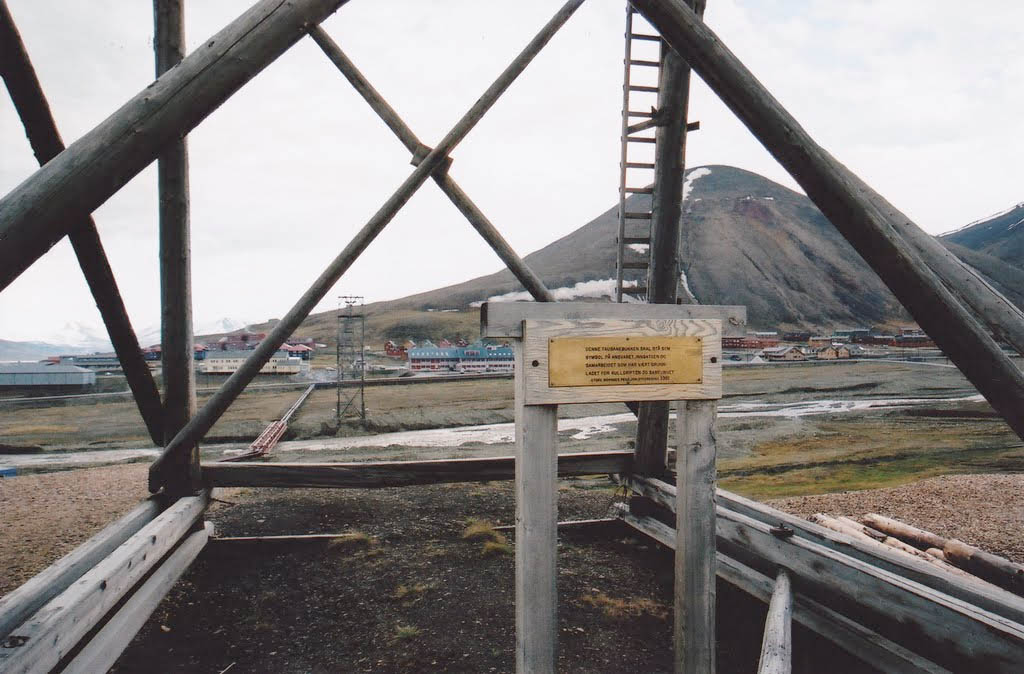 Next post Briefs from Svalbardposten for the week of March 5, 2016