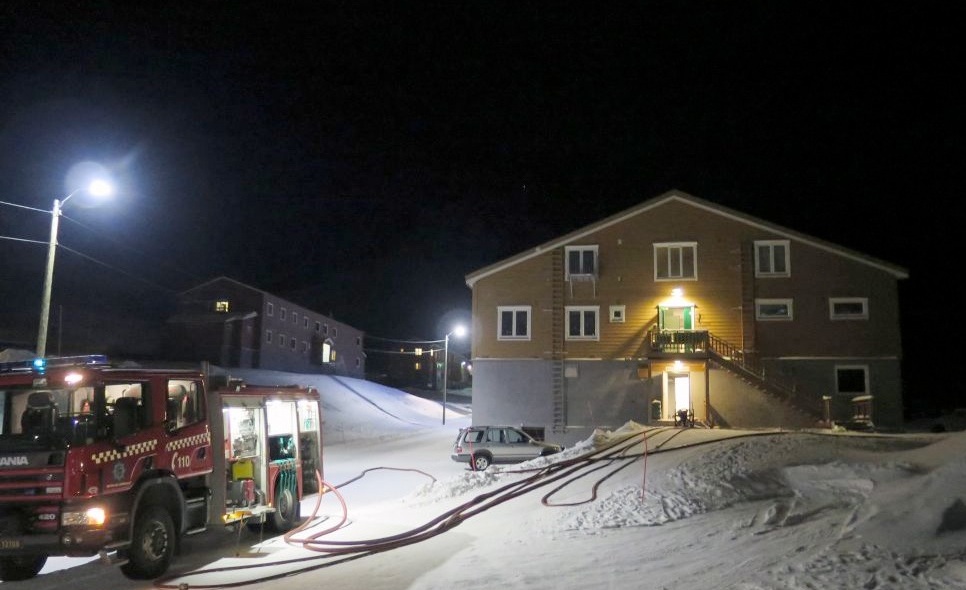 A fire apparently ignited by a battery left overnight in a charger forced the evacuation of and caused significant damage to Stormessa, with some businesses remaining partially or entirely on hold a week after the incident.

A fire alarm in the building in Nybyen was triggered just before 1 a.m. March 10, with an equipment room belonging to Arctic Adventures AS being the ignition point, according to The Governor of Svalbard.

“It turned out that all the occupants had escaped after hearing the alarm, but crews from the fire department had to search to make sure there there was nobody inside the premises, Police Chief Lt. Trond Olsen told Svalbardposten.

The lower part of the building is used by several businesses as work and storage space. The upper half houses the Coal Miners’ Cabins lodge and restaurant.

The most severe structural damage occurred to Arctic Adventure’s work and storage space (the company’s primary base of operations is at its dog kennels 12 kilometers outside Longyearbyen). But other businesses also sustained significant losses.

“Most of what we had in stock had to be thrown away because three were toxic agents in the air,” said Astrid Vikaune, owner of Svalbard Vet. In addition, much of the company’s electronic medical equipment may have been damaged and cannot be used until technicians examine it after Easter.

“Until then we can’t do x-rays” or offer many other services, she said.

The clinic is still able to inspect dogs traveling to and from the mainland, and treat those suffering from acute trauma or needing emergency surgery – although it won’t be at the same level as when the clinic has fully functioning equipment, Vikaune said. The disruption is occurring during the peak of dogsledding season, which means as the town’s only veterinarian the clinic is unavoidably being kept busy treating animals as well as cleaning the clinic and obtaining new inventory.

The fire is also forcing Polar Permaculture AS to throw out nearly all of its plants and other inventory, although about 10,000 earthworms used for composting (but not their soil) appear as if they can be salvaged, said Benjamin Vidmar, creative director of the sustainable living project.

“The smoke was a very toxic smoke,” he said, adding his plants and equipment is covered with a fine layer of soot from the burnt material. “It burns your tongue. I know I can’t sell plants that are covered with this type of smoke.”

As with Svalbard Vet, the timing of the fire was particularly bad because an external greenhouse for the plants and worms was scheduled to arrived during the next few weeks, Vidmar said. The eastimated 500 to 1,000 seedlings and other plants in the temporary growing room were planted with that in mind.

“It was perfectly timed so that by the time the greenhouse got here everything would have been moved into the greenhouse,” he said. But now “I’m going to throw it all out and start over again.”

Polar Permaculture, which was scheduled to begin tours of the facility this month to boost income and interest in the project, has also suspended those plans until further notice.

Both Vikaune and Vidmar said their businesses are insured and their insurers quickly agreed to cover the losses. 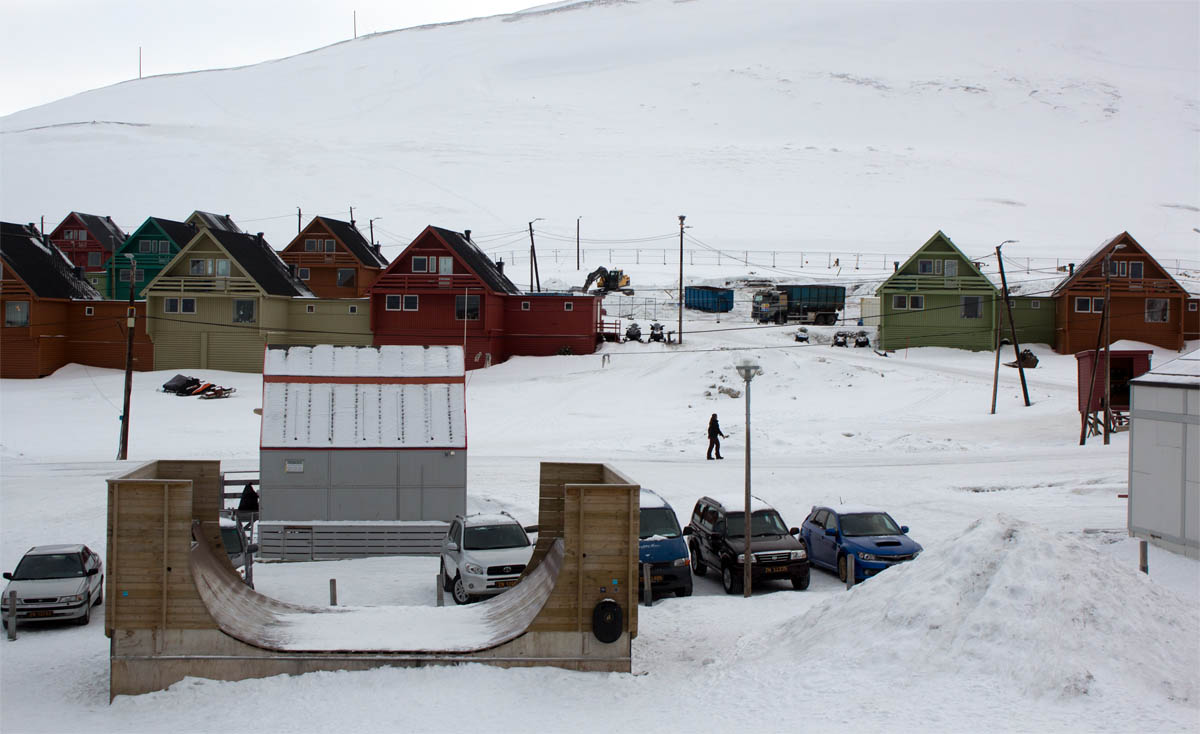 Previous post Home fires: Rentals continue to be scarce and costly despite layoffs; politicians point fingers at who’s to blame 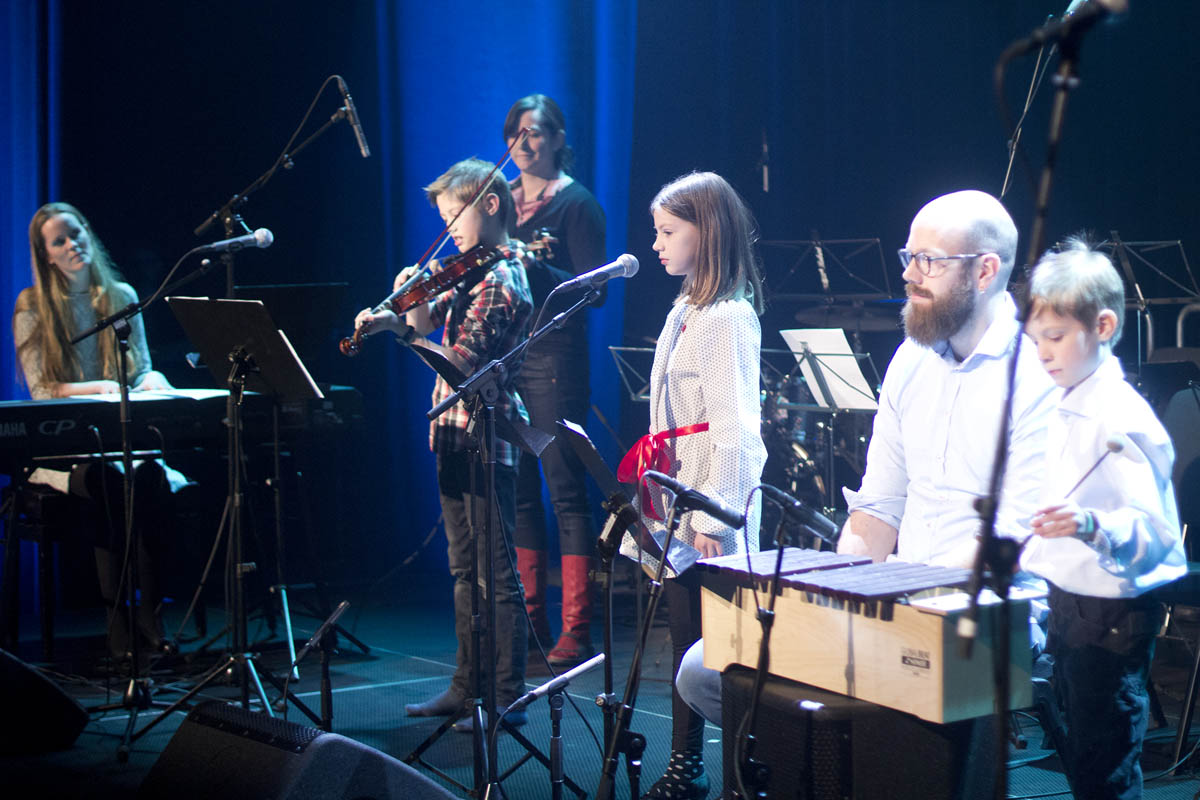 Next post Show of Solidarity: Children of avalanche victim Atle Husby join others in tribute to those involved in tragic event