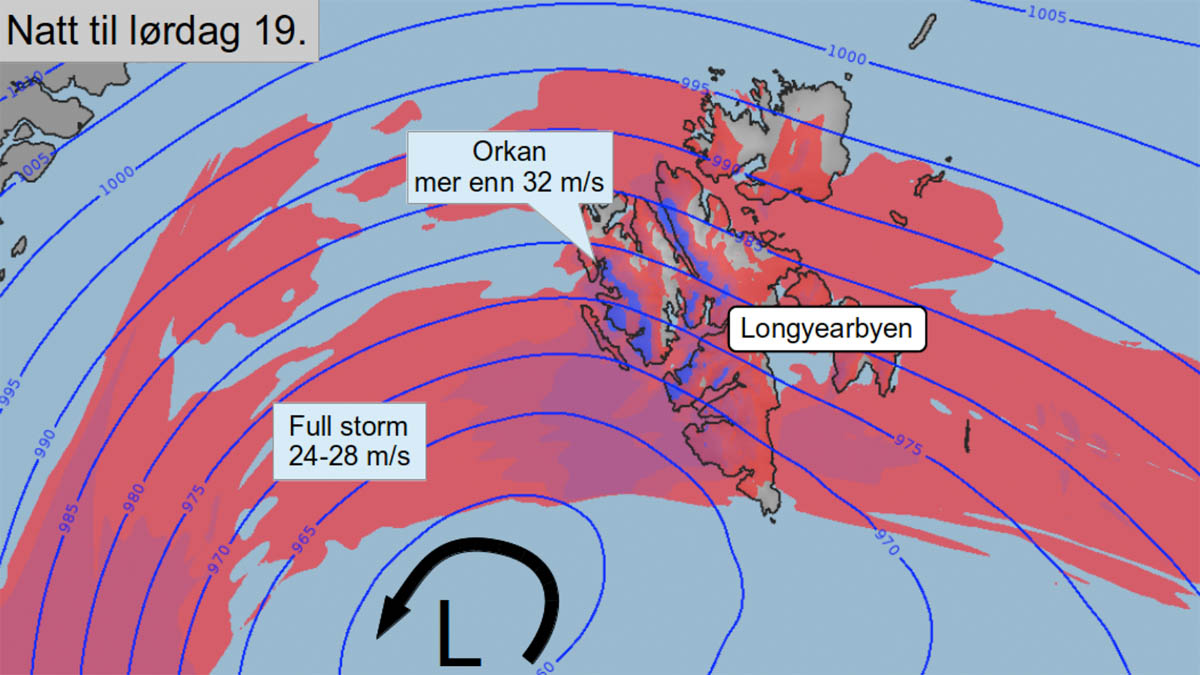 A storm expected to bring hurricane-force winds and heavy snow to Svalbard between Thursday night and midday Sunday, with the most intense conditions between midday Friday and Saturday, may be the area’s most severe in recorded history, according to the Norwegian Meteorological Institute.

Winds reaching speeds of more than 160 kilometers an hour are forecast in exposed areas, with more than 30 millimeters of precipitation – or about one-and-half meters of snow – forecast for Longyearbyen, according to a storm alert issued by the weather service.

“We encourage people to be outdoors only for necessary errands,” a statement issued by the city notes. “We ask you to secure loose objects that are stored outdoors, such as bicycles, snowmobile covers, skis, firewood, grills, etc.,” the statement notes. “If there is a failure of infrastructure such as electricity, water or heat we keep you updated on the Longyearbyen municipal government’s website and Facebook page.”

The marina in Longyearbyen is “the most vulnerable area, so it is very important that those who have boats here secure them,” said  Geir Bøyum, a meteorologist for the weather service, in an interview with Nordlys

The high winds will hit both Longyearbyen and Ny-Ålesund, along with other portions of the west Spitsbergen coast. The winds are expected to multiply the heavy snow impact due to drifts that may be several meters high in some areas.

“The (winds) will be right up against the strongest that there have been in Svalbard, at least as long as we have had measurements,” Boyum told Nordlys.

Gale-strength winds will continue throughout Friday, with peak hurricane-strength winds forecast Friday evening through midday Saturday. Snowfall will also be at its heaviest during that period.

Winds are expected to rapidly diminish after midday Saturday, although light to moderate snow is forecast through Monday.

Temperatures, which reached nearly minus 20 degrees Celsius early this week, are expected to rise to just below freezing during the peak of the storm.

The forecast for next week, including Christmas, is for mostly cloudy skies and mild winds, with temperatures between minus 10 and minus 15 degrees Celsius.

One thought on “ALERT: Potentially the ‘worst storm the archipelago has ever seen’ with winds of more than 160 km/h forecast between Thursday night and Sunday” 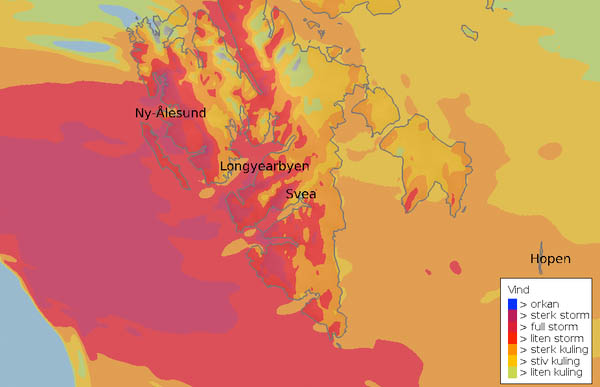 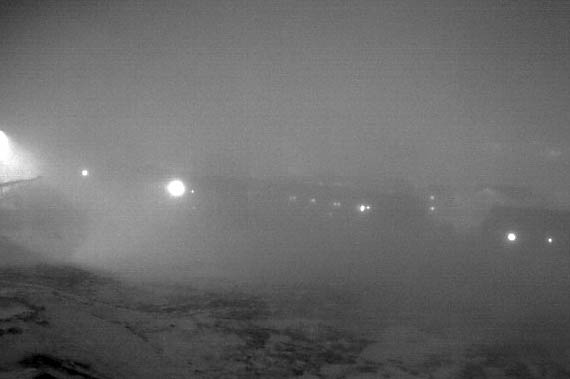