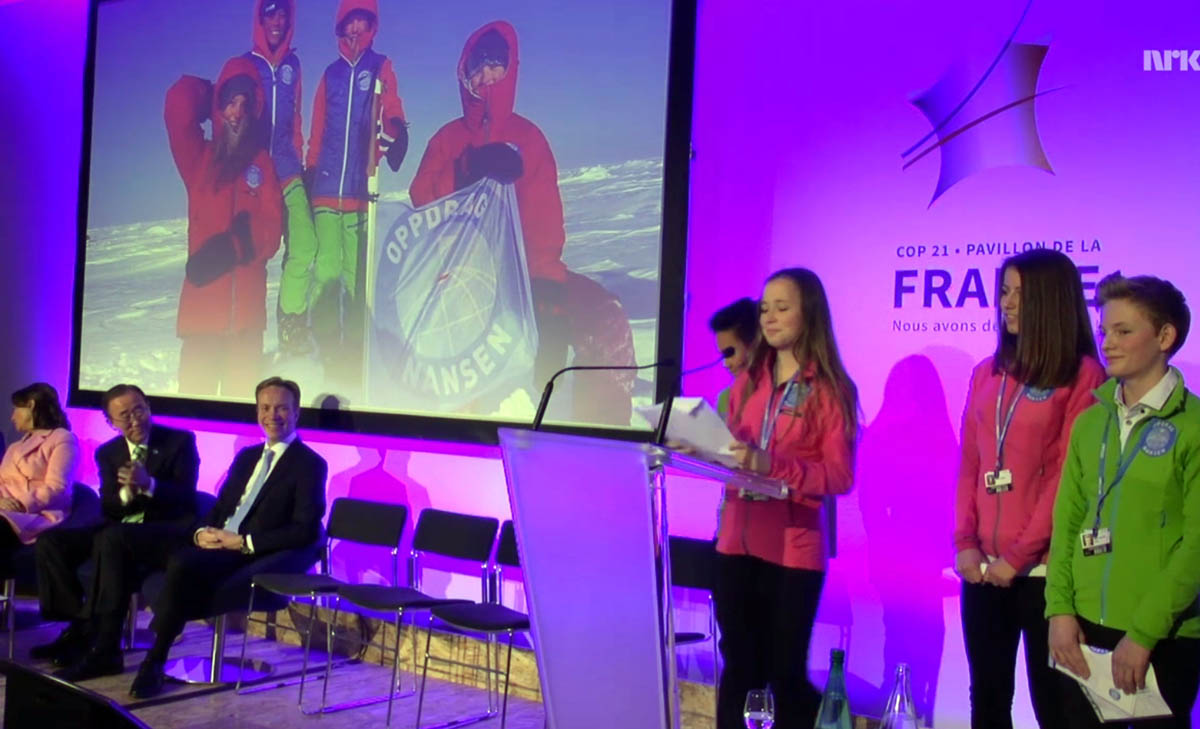 Their pictures were widely featured alongside top world leaders, celebrities like Sean Penn, and impoverished third-world residents affected by climate-related floods and drought. Their words – not so much.

Four Norwegian teenagers who spent about a month on expeditions in Svalbard and to the North Pole this spring appeared in plenty of newspaper, television and website coverage of the UN climate summit in Paris following their presentation of the trip. But their tales of the dangers they faced due to climate change and calls for action, while well-covered by the Norwegian media, were virtually ignored by the outside world.

Still, their audience during their “side event” presentation Saturday included the summit’s most important leaders – including UN Secretary-General Ban Ki-moon and French French Foreign Minister and summit host  Laurent Fabius – and the teens weren’t shy about demonstrating they weren’t there to be patronized or talked down to.

“You will do something about the climate,” Johanne Jerijærvi, 14, said challengingly to the audience. “You must put away your coffee cups and stop talking about it. Something must be done with the climate before it is too late. It is we who are the future, not you.”

Jerijærvi and her three peers – Johannes Breivik, Erika Gjelsvik and Elias Damli were all 13 when they embarked the expedition in March and April. In addition to their ski trip to the North Pole, they spent significant time performing climate research aboard the Lance research vessel as part of the Norwegian Polar Institute’s six-month Norwegian Youth Sea Ice Cruise project.

“On our way to the North Pole we skied seven hours every day,” said Damli, as a picture of the group towing their sleds across a huge open-water gap in the ice. “We crossed open lands, some of them so wide we had to swim across them. One day it blew it so much that we had to stay in the tent for 32 hours. We only slept and ate candy. That day we drifted 16 kilometers with the ice and that powerful ice drift is a consequence of ice in the Arctic Ocean becoming thinner.”

While the summit is continuing through this week and there is considerable skepticism about overcoming numerous obstacles that would result in a meaningful international agreement, the teens offered a hopeful tone as well as a challenging one.
The youths’ expedition and subsequent activities will be the focus of a 10-part TV series on NRK scheduled to debut Jan. 1. Among their ongoing efforts is an online petition asking youths from around the world to urge U.S. President Barack Obama to meet with the teens.

“They’ve been to the North Pole and conquered Paris and now they’ve set their goal on the White House,” Havard Gulldahl, an NRK producer, said in an interview with the website Mother Nature Network, one of the few English-language news sources to cover the youths’ trip to Paris. The petition, which has a goal of 75,000 signatures, had about had about 25000 as of this week.

Also at the side event – titled “Seeing is Believing – Believing Demands Action. A Message From The Arctic” – were Harald Steen and Jan-Gunnar Winther of Norwegian Polar Institute, who presented an overview of the sea ice research aboard the Lance this year.

In addition, Norwegian Minister of Foreign Affairs Børge Brendes told the audience climate change isn’t just something that will cause future trouble.

“Climate change is no longer something only our grandchildren will have to worry about,” he said. “It is happening. Here and now. As foreign minister, I have to deal with the consequences of climate change every day. It is already having wide-reaching implications for top priority foreign policy areas such as trade, mass migration, humanitarian assistance, conflict prevention and security.”

“Climate change has been described as the ultimate threat multiplier. We must deal with it for what it is – a major global security threat. Only when world leaders fully understand that climate change is a question of national and global security will we take the necessary measures.”

Former Longyearbyen Mayor Christin Kristofferen was scheduled to give a keynote speech about the Arctic and climate change during the final weekend of the summit, when whatever agreement is reached is presented and signed. But she cancelled and is returning to the archipelago for an event at Svalbard Museum this Saturday, stating “when you make local commitments I think it’s important to keep them.” 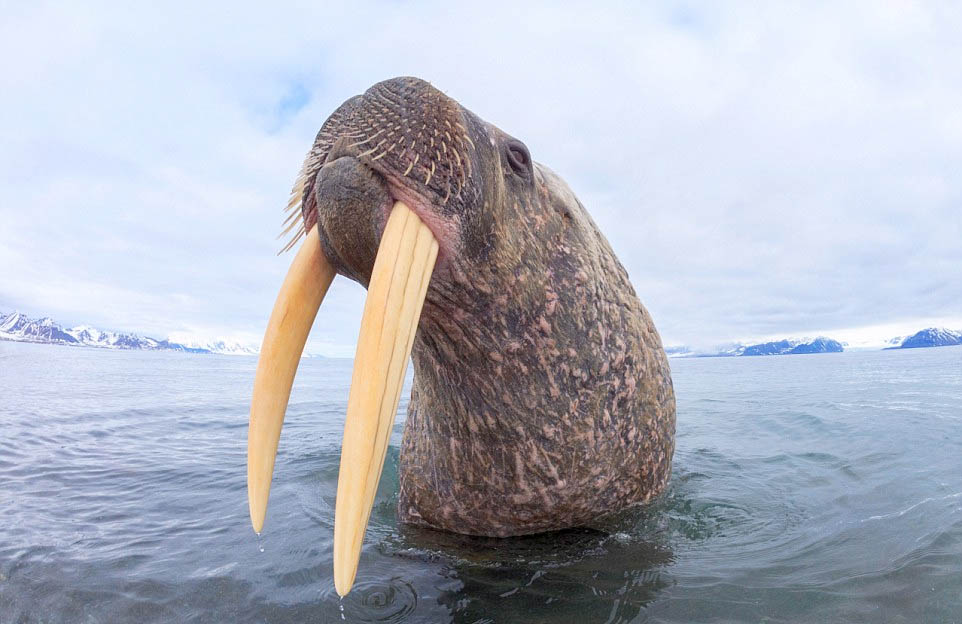 Previous post Random weirdness for the week of Dec. 8, 2015 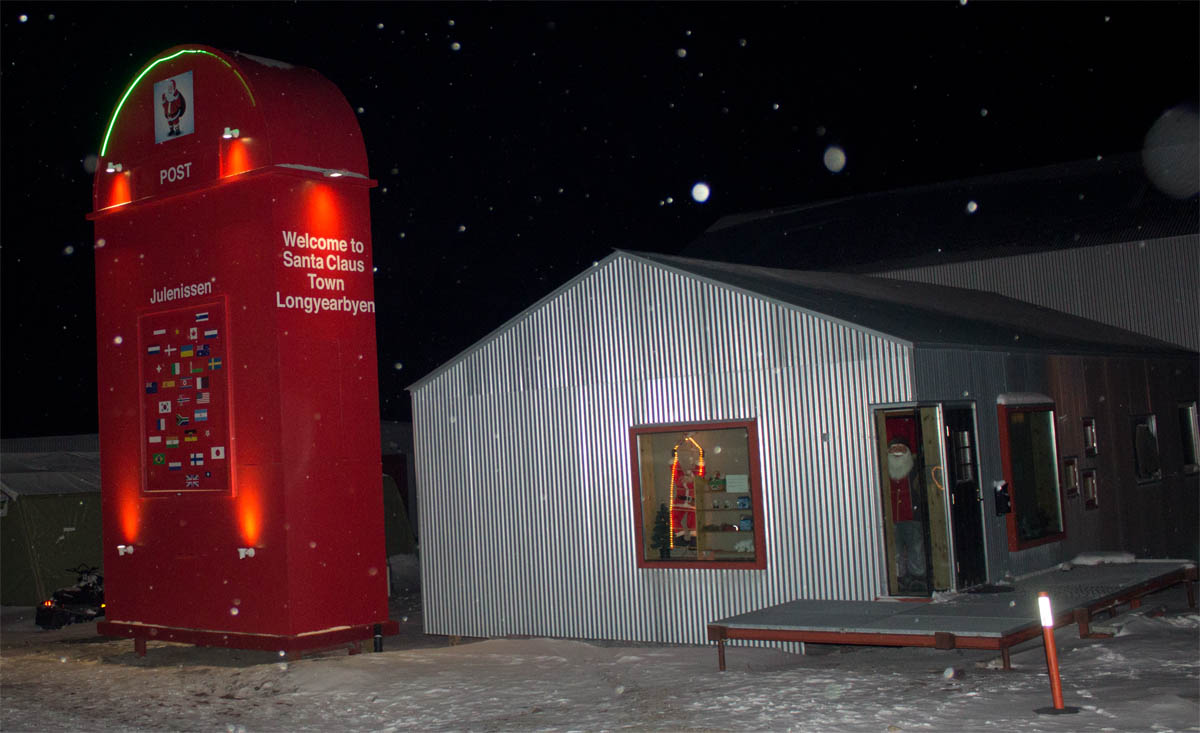