But “Sval and Bard” deserve better since – even at their good-bad moments (the kind where their lack of badness is not good, which we’re sure sounds confusing to nobody) – they deserve a spot somewhere in Svalbard’s Video Hall of Fame. And much as we might hate all the havoc those cretins wreaked on our pristine Arctic island, we can’t help thinking they desire some kind of ironman trophy for making it home without suffering anything more series than a severed hand.

Still, every vacation has its high and lows, and since theirs was captured in 10 short videos with the titles that just happen to be the 10 Common Sense Rules of Svalbard (see how we kinda snuck that public-service announcement in there?), we feel it’s only fair to pass judgement on them one last time. Here, from worst to best, is how delightfully despicable the duo is:

10: “Acquaint Yourself With Rules And Regulations” (Episode 10) 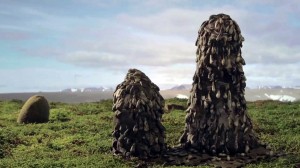 Mother of all facepalms…this is such a letdown we pondered stamping it with a DNQ (did not qualify) tag and changing this list to a “top nine” ranking – because it turns out we’ve been cheated and there are only nine original episodes. The finale, rather than being a dramatic/comedic cliffhanger, is nothing but clips from previous episodes that would induce epilepsy if they flashed by quicker, interspaced with  annoying “fourth wall” text messages about how Svalbard is wonderful, yet dangerous. If this were a promo to introduce the series, it’d be acceptable (the only other tolerable explanation is their underfunded project was completely out of money by the time they got to this episode). Not that we’re filmmakers or anything, but here’s an idea: if you’re going to do a “flashback” thing since the tenth rule is “learn the rules,” how about showing these guys packing (slowly and painfully, in casts and bandages) and going through various miseries at the airport (i.e. security catching them with feathers from the birds they disturbed, planks from the old hut they wrecked, photos from the polar bear they disturbed, etc.) causing them all sorts of “payback” suffering? 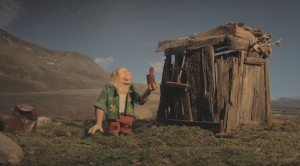 WTF? Substitute two other characters we don’t know well by now and this is basically a generic PSA about not disturbing cultural heritage monuments. Plot: big guy pulls plank from historic hut. It collapses. The end. Punctuating that with their characteristic stupid laughs and expressions at regular intervals just makes the whole thing worse, not better. This one screams “Eeesh, I’m tired. Let’s just get this series done.” We thought they might be saving a good one for the finale and therefore this was the episode where the creators truly mailed  it in – boy, were we wrong about that, but it doesn’t improve our opinion of this one.

8: “Don’t Leave The Settlements Without A Suitable Gun” (Episode 6) 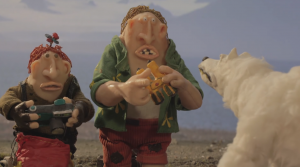 Something’s gotta rise toward the top of this list like oil on our pristine waters and this is one of the episodes that’s not a hard call. The whole gag is 15 seconds crammed into 80, where the duo snaps some photos of a polar bear that, irritated, approaches. They find their “protection” – an absurdly phallic Dirty Harryesque handgun only to find out…well, it’s still worth losing a minute of your life for the sake of completism. Some might say a true critic would offer constructive suggestions for improvements, but in this case there’s so many comic possibilities for illustrating the follies of wandering out without a proper weapon the only real advice would be to go with an entirely different concept. 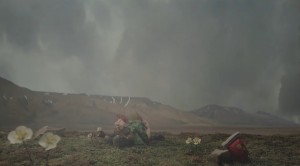 This is the episode where the series first enters “jump the shark” territory. Let’s start by 1) acknowledging the insane absurdity of having one’s “suspension of reality” infringed by an episode involving these idiots and 2) it happens anyhow, within the scope of their universe. Moreover, its real sin is the endless and unnecessary repetition of a single concept – picking a flower and putting it back. OK, we get the joke after the second or third viewing…or the tenth. And the visual effect is pretty cool. But it just keeps going on until it ends in a flash…

6. “Birds and other animals are not to be disturbed!” (Episode 3) 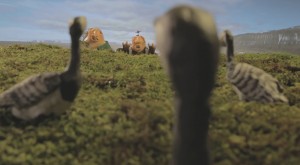 Everything from here until the end of the list is solid entertainment, and the strength of this episode are a couple of cackling comedic moments at the beginning and end, along with some gorgeous cinematography of the flock of birds who are the guest stars. Even a total birdbrain (sorry, we couldn’t resist) can see how this one will end up from a mile away, but the reaction of that dunggone pair at the end defies all predictions and logic.

5. “For The Sake Of The Environment And Yourself, We Recommend Organized Tour Arrangements” (Episode 8) 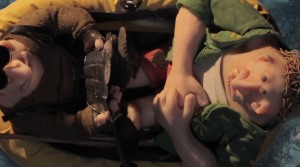 Great opening moment with an overview view of the pair drifting by on a raft, followed by a few mischievous bits where you’re wondering which of several ways will they end up sinking themselves. But then comes another boat with tourists (who we rather disjointedly thought might be kin to Kenny in “South Park” with those hoods). Anyhow, there’s a great song-and-dance routine, in a manner of speaking, before the smashing finale. No great moments that’ll linger in your mind, but nothing that makes you wince either. 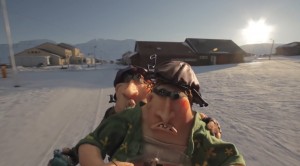 This is where the cluster that’s clearly a step above the rest begins. The mixture of first-person and third-person views of a reckless joyride through town on a snowmobile is a contender for the best camerawork of the series. Most of the resulting comic hijinks are predictable, but amusing nonetheless, and there are a couple of LOL moments including our first look at the town’s “normal” residents and the finale which cuts out at exactly the right moment to leave a scene of mind-boggling carnage to the imagination.

3. “It is prohibited to lure, pursue, or otherwise seek out polar bear” (Episode 4) 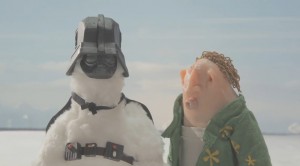 We can’t help thinking of this as the episode where we find out which is the most vicious predator: a polar bear or an attorney from The Walt Disney Corporation. There are remarkable similarities: the bears and Disney films can seem cute and cuddly, and in “Sval and Bard’s” world the bear is indeed every bit as friendly as Winnie the Pooh. But rub one the wrong way, (the Darth Vader helmet scene if you’re the lawyer, what happens shortly afterward if you’re the bear) and the result is likely to be a whole lot of teeth and agony. Doesn’t match the other top-tier episodes in the number of comedic or dramatic high points, but it gets extra points for all the costumes in those polar bear snapshots, making this the episode you’re likely to freeze-frame through at least once. 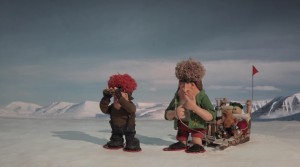 It’s not quite “Flight of the Eagle” (the Oscar-nominated biographical drama about S. A. Andrée’s doomed 1897 balloon expedition), but this is quite the two-minute drama because of how chillingly real it is, so to speak. These guys (and countless real-life tourists we’ve heard about and who will be watching this at baggage claim or wherever) get exactly what clueless idiots making stupid assumptions (whadda mean there’s no cell phone signal out here?) have coming to them, punctuated by the obligatory “animal pee” scene at the end. 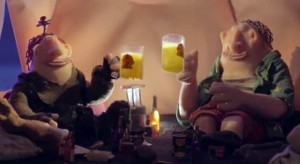 The creators obviously wanted to get the series off to a burning start and they succeeded wildly, except for the chilling finale where the dopey duo raise a toast for the ages. This isn’t just a great introduction to the characters, it’s a perfect small-writ-large misadventure that happened to real people (probably more than once). There’s hardly a soul – local or visiting – that can’t spiritually relate to the bliss of beer and munchies in a tent after a long day in the outdoors, along with nodding in the acknowledgment we’re watching something not far from the truth when it comes to the more idiotic campers. Follow that up with subtle outdoor toilet humor and comically exaggerated accident scene involving the tent that’s wildly effective, culminating in an ominous moment of horror for everyone but those two, who literally can’t grasp their fate until the final drop of beer flows.

One thought on “Dishonorable mention: We watch and rank every episode of ‘Sval and Bard’ so you don’t have to”