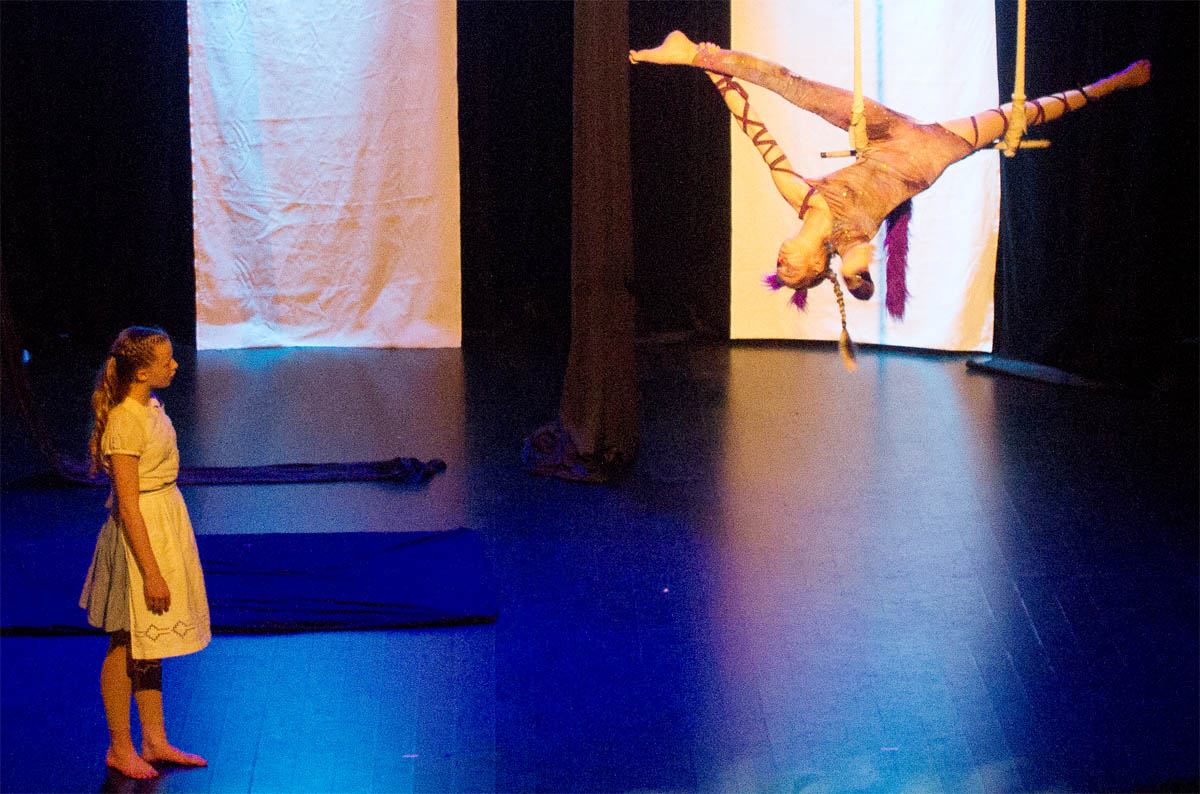 For this “Alice” it was important not to fall a long way down the rabbit hole. Nor did she have the leisure of taking marmalade from a shelf or dozing off after venturing into the hole.

Which is why Vilde Olsbakk Rønning, 12, found herself making the adventurous journey to the curious hall where all sorts of things were not as they seemed – even to those familiar with Lewis Carroll’s classic tale “Alice in Wonderland.” Chosen as the person best able to perform “without a net” on a aerial hoop symbolizing the rabbit hole above the stage, she was cast in the star role of Sirkus Svalnardo’s interpretation of the story during two one-hour performances Saturday afternoon at Kulturhuset.

Rønning, a member of the troupe for the past three years, said she’s seen a movie version of “Alice in Wonderland,” but not read the book – not that the group felt a need be true to either since the show’s title “Alice in Dreamland” is from a 1953 picture book interpretation of a Disney movie version from the era.

“We weren’t trying to make it like the movie” she said. “We wanted to tell our own story.”

Rønning and about 60 other Longyearbyen youths did stay faithful to broad themes in the book’s chapters such as the Mad Tea Party and Queen’s Croquet Ground but, with only six days of rehearsals for a few hours a day, the need to be creative was much a necessity as much as an opportunity.

“You can do so much,” said Sara Rønne, an Oslo resident who from 2003 to 2007 and occasionally afterward was a member of the troupe her mother founded in 2000. “We don’t follow the story, but we have the characters and we can do what we want with them.”

Rønne said she hoped to stage the production with a group she works with in Oslo, but it has only 16 students. When she and her aunt, Gøril Nilsen, also a former Sirkus Svalnardo member, came to Longyearbyen to direct this fall’s performance the opportunity became more practical.

“The week before we came we planned it,” Rønne said. “Tuesday we started writing and during the week we figured things out.”

Among those “things” was casting Rønning as Alice because “I trained with the group and saw who was the safest because there’s nothing under her,” Rønne said.

Nilsen, Rønne and local troupe leader Kristine Myrbostad worked 10 to 12 hours a day during the week on the script, sets, music and other aspects of production, and got help from another group of adults when it come to the dozens of crazy costumes.

“The mothers of these wonderful children have been here in the evenings sewing,” Nilsen said. “Suddenly we had like 60 of these in one evening.” 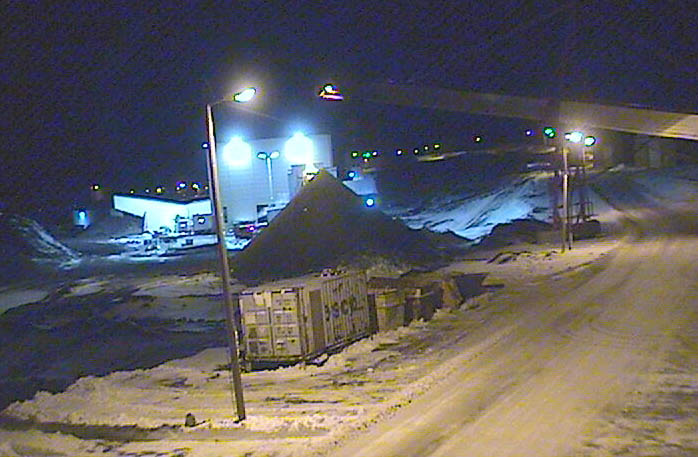 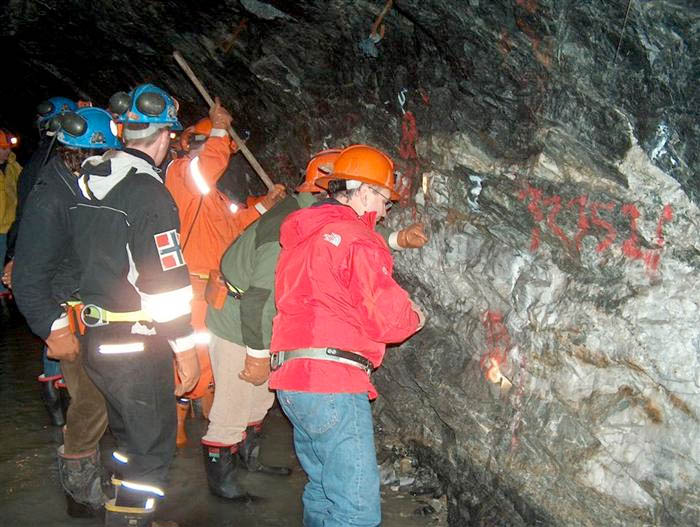 Next post Briefs from Svalbardposten for the week of Nov, 3, 2015