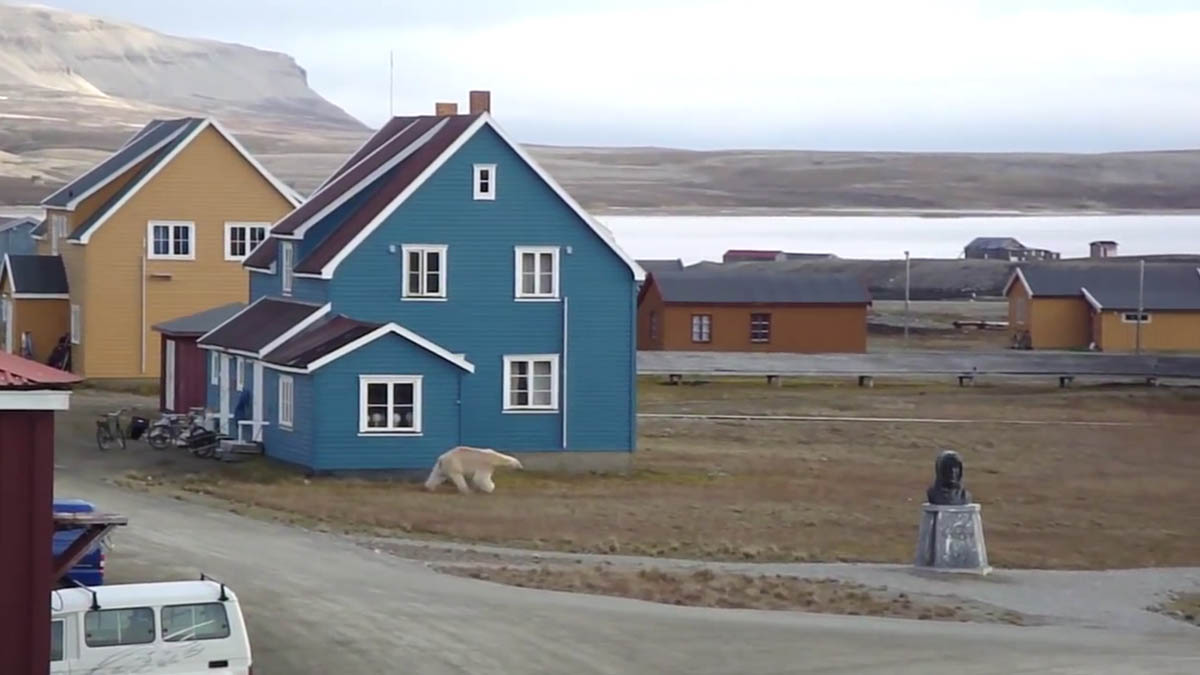 That headline, along with variations such as “nightmare” and “stalk,” is declaring the Svalbard research settlement under siege because  – wait for it – there are polar bears nearby and people need to carry guns when they wander out.

Apparently the problems caused by what the article initially dubs a “nontraditional pest” are a new thing.

“They have reduced access to certain areas and forced locals to learn to shoot,” asserts the article appearing in International Business Times and numerous other publications.

Then, as readers who thought they knew the most fundamental facts about Svalbard are trying to process this revelation, the writer manages to flip the narrative upside down.

“Polar bears don’t regularly attack humans, and nobody in Ny-Ålesund has ever been hurt by one. But the residents constantly see the 1,200-pound animals roaming around, looking for food.”

Apparently the residents – and the reporter – haven’t seen any recently, because news sites publishing the article are using a variety of stock photos that seem mostly to be from the United States and Canada. The only easily Googled photo of a bear in the settlement is from when an animal took a leisurely waddle through it back in 2011.

The article is what might be called a mauled version of a story originally published by Agence France-Presse that paints a more realistic picture of life in the settlement, albeit with its share of eye-grabbing quotes.

“A gun is your passport for leaving the town,” Sébastien Barrault, the settlement’s research director, told AFP.

Barrault, in an e-mail interview with Icepeople, stated the “terrifies scientists” article – which is getting at least equal play online – “is definitely not picturing the reality.”

“We are NOT forced to learn more about shooting, just to be more aware and to avoid the bear area – for this we keep the inhabitants of Ny-Ålesund informed daily about the bear situation,” he wrote. “It is NOT a nightmare to be in Ny-Ålesund this summer at all. It is definitely bad interpretation of the actual bear situation in Ny-Ålesund.”

The reality, which the “alternate” article does include, is residents are seeing more bears in recent years.

“Always more in summer than in winter,” Barrault wrote. “(The) hypothesis from some scientists is simply because they explore new areas for finding food after the winter or because the ice is less available on the east coast and they have to find new territories.”

Two female bears and their two cubs have been feeding on the carcass of a stranded walrus about four kilometers from the settlement, so scientists are avoiding the area and tour boats are being asked to keep their distance from the site, he noted.

“We don’t want them to be scared and to flee towards town,” Barrault wrote.

A separate article published by AFP describes “alarming changes” in the settlement that are far more valid and support the theory for the rising presence of bears.

“Not so long ago, the skeleton staff overwintering at the Ny-Alesund research center could walk on the Arctic town’s frozen bay and race their snowmobiles across its surface,” the beginning of the article notes. “Now there is liquid water even in the coldest months.”

Kongsfjorden hasn’t frozen over once since 2007 and the last time researchers could walk on the ice there was in the 2004, according long-time residents who were interviewed. The area has warmed about 1.0 to 1.2 degrees Celsius during each of the past two decades, far quicker than other parts of the planet and the region’s historical climate pattern. 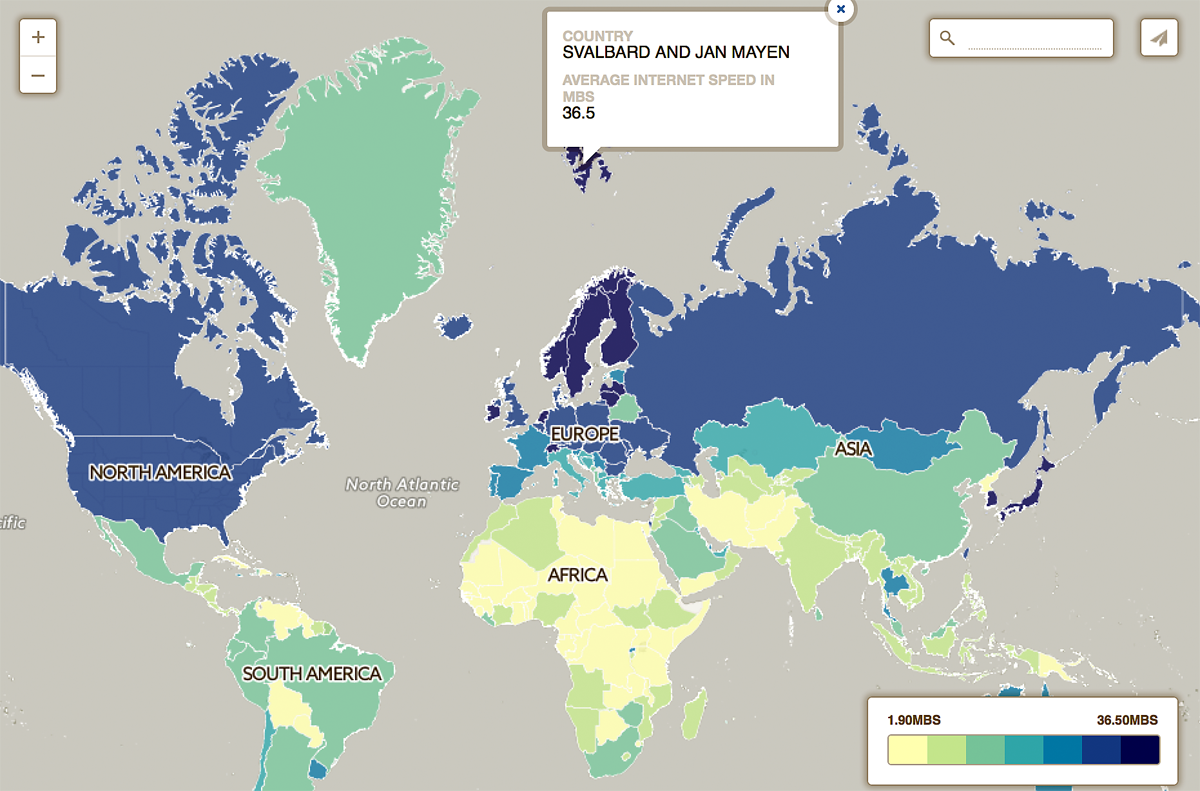 Previous post Random Weirdness for the week of Aug. 11, 2015 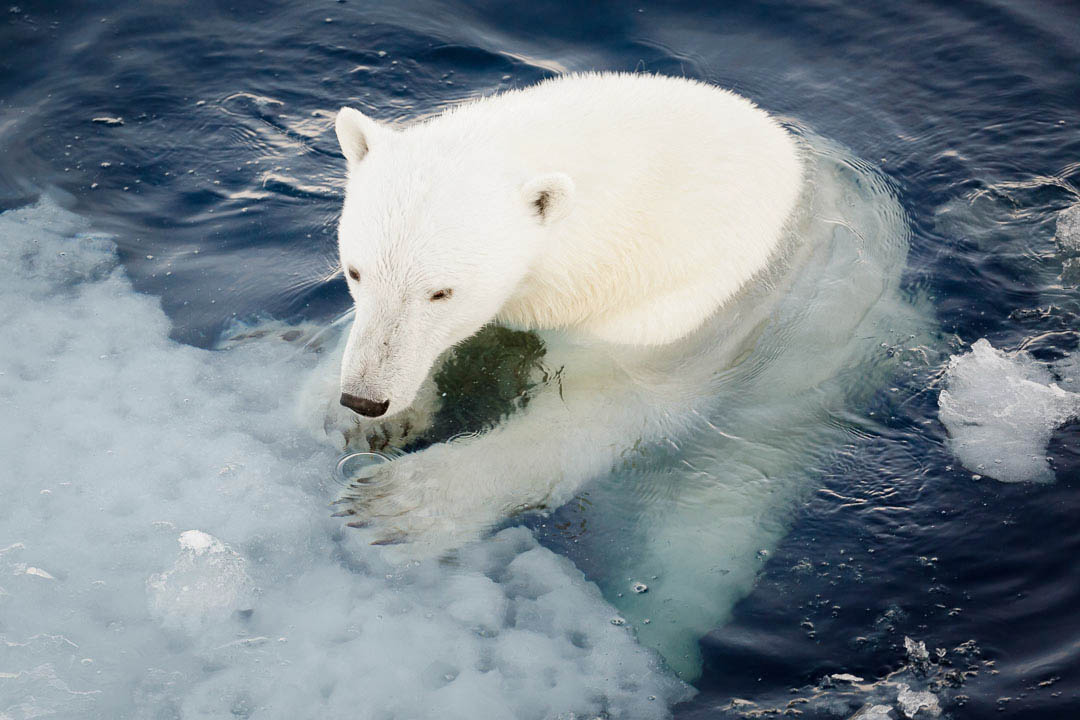 Next post Briefs from Svalbardposten for the week of Aug. 18, 2015