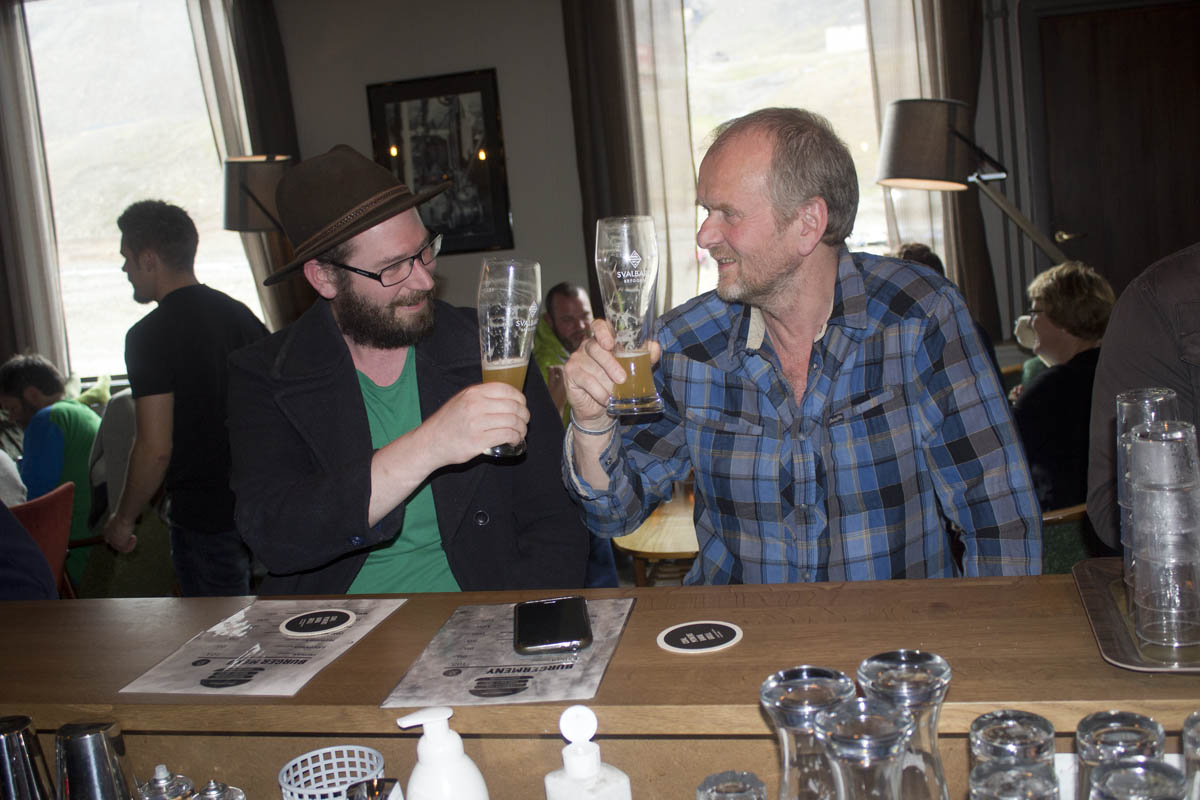 After waiting months longer than expected for the first keg of Longyearbyen’s first-ever locally brewed beer to be tapped, the revelers decided they didn’t need their hosts to start the buzz.

The suds were flowing freely hours before the scheduled 6 p.m. debut of two varieties of beer from Svalbard Bryggeri at Coal Miners’ Cabin on Friday. But it’s not like the customers can really be blamed, since the alternative was sobriety.

“Normally we serve Mack (brewed in Tromsø), but when that disappeared we only had this,” said Inger-Johanne Mørk, one of the bartenders working the party.

Missing the first tasting didn’t put a damper on the spirits of Andreas Hegermann Riis and Robert Johansen, whose brewery is finally fermenting after more than six years of work.

“We should have done this three months ago, but I’m really happy we’re here now,” Riis said.
Johansen initiated the project, with much of the past six years spent convincing officials to overturn a law that’s banned the manufacture of alcohol in Svalbard since 1929. Shipping and other problems added to the delay once construction of the brewery finally started.

The first batch of pale ale and wheat beer got mostly, if not universally, positive reviews from locals and visitors who packed the pub.

“I think it’s very tasty,” said Timmy Bürgler, a bartender at Coal Miners’ Cabin and Barentz Pub. “I was surprised because there is no competition so he doesn’t have to be globally competitive, but by Norway’s standards it’s good.”

Technically, the brewery isn’t manufacturing the first beer in Svalbard: a small brewery in Barentsburg opened a couple of years ago that produces up to 500 liters a day of low-alcohol (2.5 percent) beer under a provision in Norwegian law at the time. But Bürgler, after a taste test of the Russian beer, said it has “no character and no flavor.”

A few tasters called the pale ale a bit sour, which Riis said was caused by Svalbard’s glacier water interacting differently with the hops than expected.

“We have discussed things to improve the bitterness a bit and make it more balanced,” he said, adding recipes will be constantly evaluated and improved. “That’s why we only brewed 2,000 liters of it.”

The brewery can manufacture up to 10,000 liters a week. Riis said the beer is initially only being sold in kegs at eateries, but hopes canned beer will be available for retail purchase by next week.

That will be a boon for Morten Rasch, director of Greenland’s Villum Research Station Nord, a friend of  Johansen’s who’s been following the beermaker’s struggle to realize his dream. Despite calling the pale ale “a bit sour,” Rasch said he’s looking forward to hauling cases of the brew back to the station at more than 81 degrees latitude north and making it “the northernmost drunk beer” – at least in a permanently occupied settlement.

The brewery plans to add lager and stout to its regular product line, and produce special varieties for occasions such as the local Oktoberfest festival.

“I’m looking forward to them mixing it up a little,” said Fredrik Järkenstedt, a bartender at Kroa. “It’s the northernmost beer in the world – let’s do something crazy with it.” 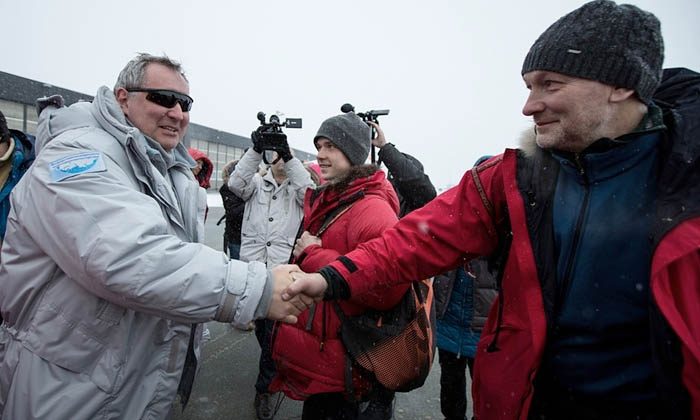 Previous post Your name here: Gov’t to track all passengers on Svalbard flights, changes law to kick out ‘undesirables’ 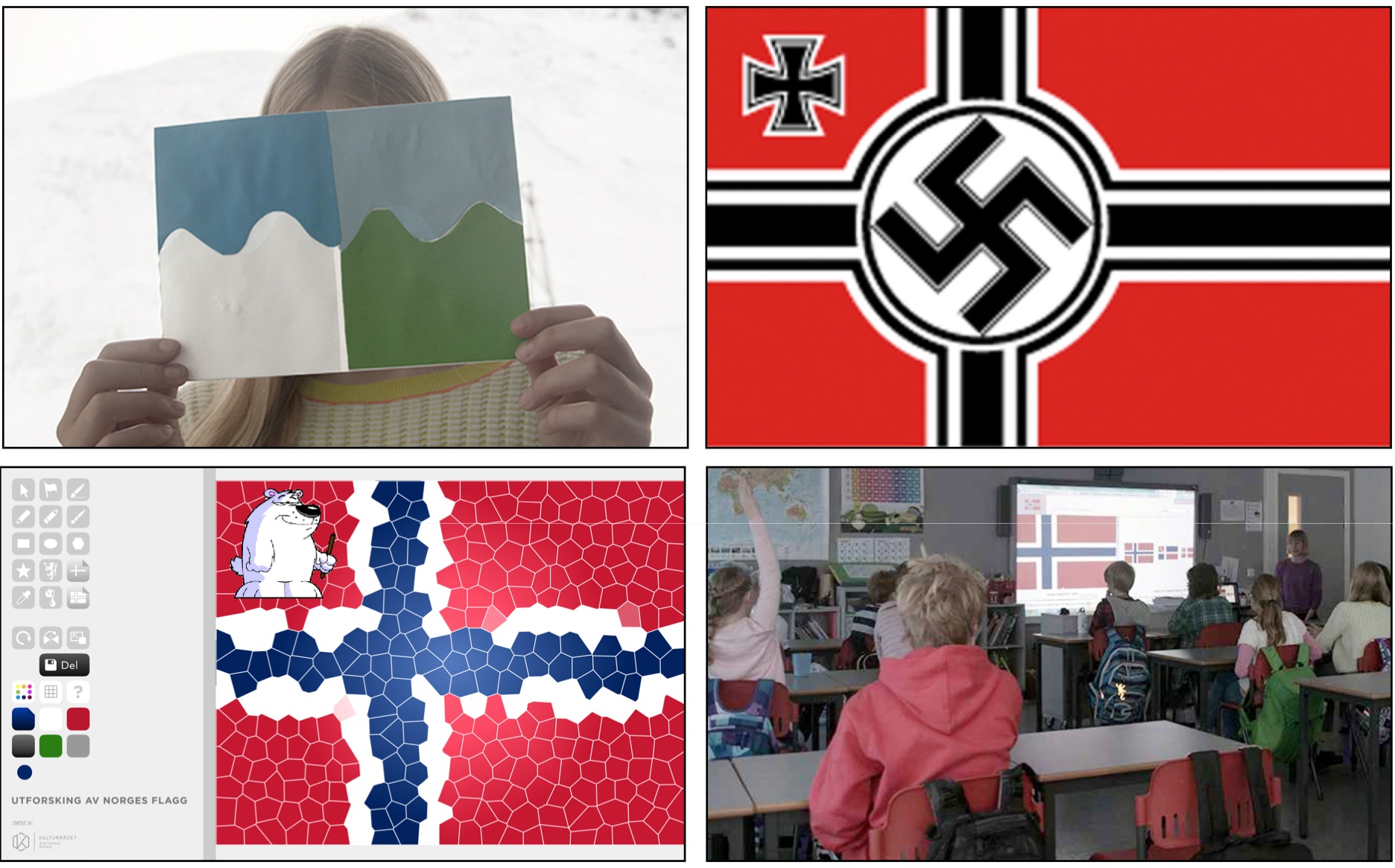 Next post Photo: The good, the bad and the really, really ugly