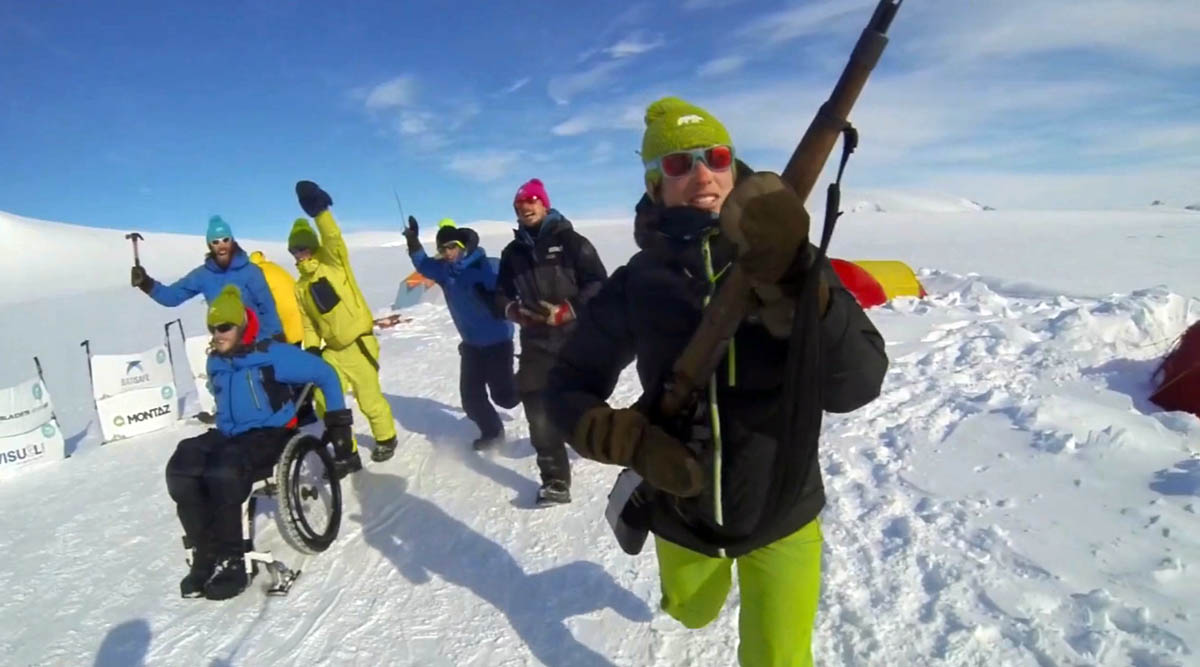 Referring to a guy in a wheelchair as a mutant is a sure way for a newspaper, even one as disreputable as ours, to incur the wrath of that special interest group known as literate people. But we’re doing it anyhow because, well, the guy himself insists that’s what he’s turning into (and no, the gun isn’t to stop him when he turns into The Thing). Vincent Delepeleire, who was paralyzed from the torso down during an accident when he was a timber worker in 2011, set out on a quest with seven longtime friends in May to scale and ski down Newtontoppen, Svalbard’s highest mountain at 1,713 meters above sea level. A ten-minute trailer for a documentary of the expedition, titled “Mutation at the Summit,” is now available online and the film itself is scheduled for release this fall. His trip to Svalbard was part of a series of adventures he has embarked upon since his accident, including a month-long crossing of the entire European Alps by paraglider. As for the mutant thing that we got the heebie-jeebies writing about, an official summary of the documentary declares it “will tell the mutation of Vincent (and) his ascension to the top of Svalbard. It will be all at once a portrait of a proposal testing force of character, of life force, funny and mischievous, the portrait of each of his friends…(and) the solidarity and team spirit that makes possible the transfer of Vincent.” So hopefully that gets us off the hook…

It seems polar bears can’t sleepwalk and that’s really bad news – at least if you believe yet another group of scientists perpetuating that Great Global Hoax known as climate change. The researchers, in a study published in this month’s journal Science, discovered polar bears don’t have the ability to go into “walking hibernation” during the summer to conserve energy when low sea ice or other conditions makes food scarce. The team of scientists from the University of Wyoming was hoping that because polar bears seriously scale back their metabolism during winter hibernation the same thing might be possible during the summer. But after tracking the animals in North America for two years, they’re giving up that bit of wishful thinking. “There is a limit to how long they can go without food,” Merav Ben-David, a co-author of the study, told the news website Quartz. “The only way we can stop (the polar bears’ decline) is to reverse sea ice loss.” But – surprise – the study is being blasted by “zoologist and polar bear expert” Susan Crockford who says melting Arctic ice during the summer “has nothing to do” with the animals’ survival” (tinyurl.com/nopn26q). She asserts polar bears don’t really need large amounts of energy since the animals aren’t moving around much, according to the website China Topix. “Summer is warm across the Arctic” she writes in a rebuttal to the study.  “It’s the perfect time for polar bears to fast, as little energy is needed for keeping them warm, especially if they don’t swim around.” We can’t wait to see what she has to say about a new U.S. study that’s blaming a decline in the polar bear population on climate change for the first time…

Meanwhile, it’s sad Russia deemed our scientists unworthy of counting their polar bears, but take comfort in knowing leaders of that country will soon be meeting with Pamela Anderson, Leonardo DiCaprio and other celebs to discuss their concerns about threats polar bears are facing. 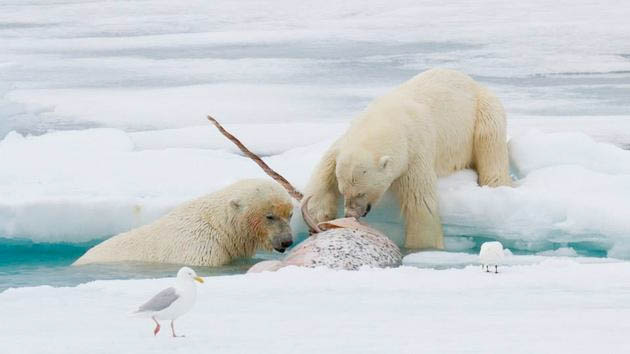 Previous post Briefs from Svalbardposten for the week of July 21, 2015 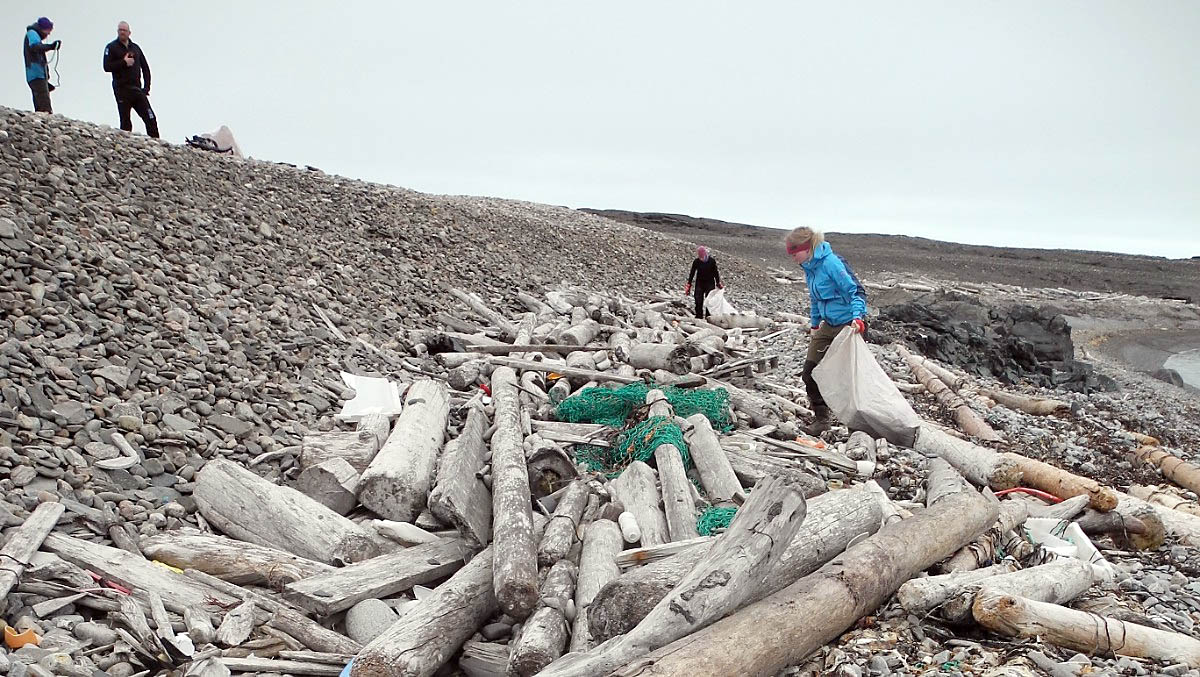