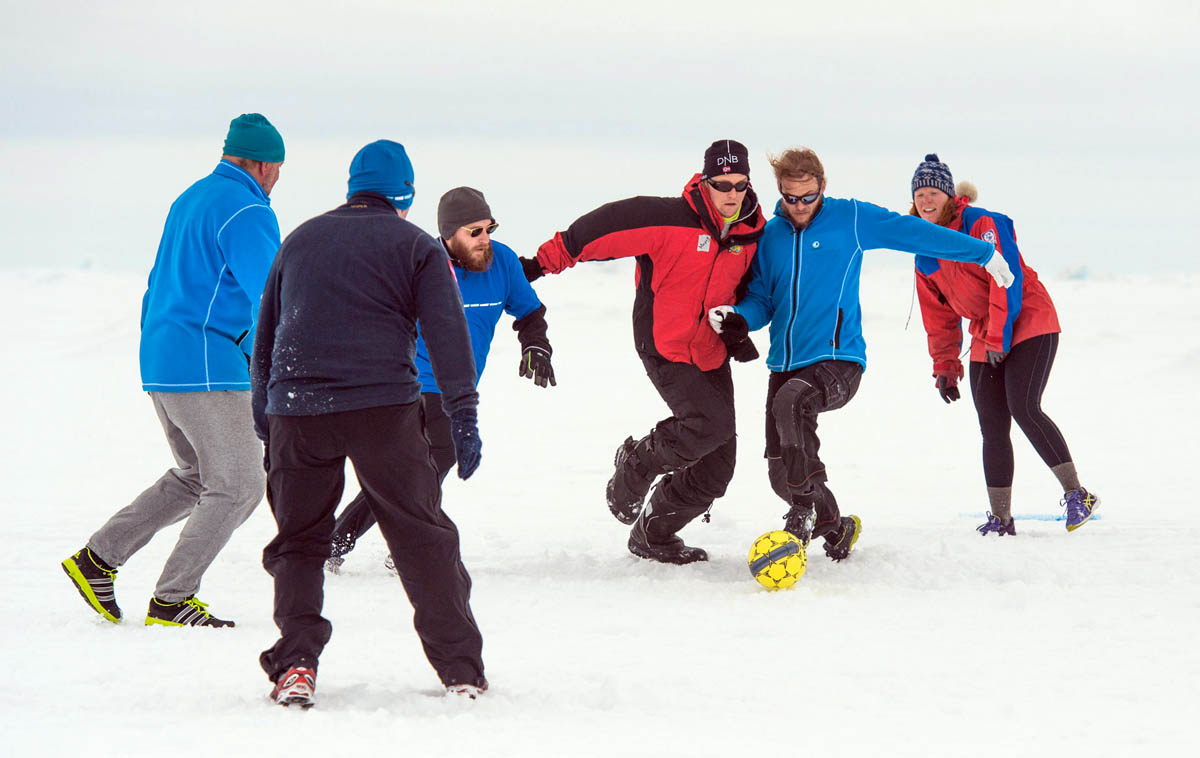 Scientists aboard the Lance research vessel suffered a bit of a performance problem with their seamen this week during what was described as a stumbling and bumbling physical encounter. Now that we’ve established the to-be-repeated tasteless joke reference for items in this week’s column (one of the less subtle “easter eggs” we hide in these fishwrappers, not that anybody’s ever noticed), it’s obvious from the photo that the ball bashing we’re referring to is a football match on the sea ice the ship is frozen into, with the crew defeating the researchers by a score apparently too humbling to report on the expedition’s official blog.  The match might have been marred by “stumbling bodies, legs disappearing halfway down into the wet snow, sliding, falling while trying to run after a yellow football,” but there was also at least one actual cheerleader with pom-poms on the sidelines. Of course, she was wearing a thick parka and other non-arousing apparel, but maybe that’s best since the post-match meal of herring and sour-cream porridge probably didn’t encourage any close encounters…

Since it’s the first big cruise ship week of the year, we’re welcoming the masses with a tailored-for-you version of our apparently obsessive weekly updates on the hijinks of Dmity Rogozin, undisputed Twitter Tyrant of the Arctic. The Russian deputy prime minister is still spouting off about his Obnoxious Svalbard Adventure in April by telling the geeks at the Tehnoprom-2015 convention it’s time to shop local while pursing dreams of annexing the Arctic. “I was at the North Pole just a few weeks ago to open a new polar station,” he said, according to RIA Novosti. “I want to say that a lot of imported equipment was there. This independence in our polar regions we must, of course, immediately overcome”…

For cruisers wondering what the Undesirable One (actually one of many, according to the EU/U.S. official sanctions list) has to do with them, we’re presenting the “alternative reality” voyage you could be taking from the other side of the border. The 50 Let Pobedy (“50 Years of Victory”), powered by two nuclear reactors, is now ferrying passengers to and from the North Pole for the cool price of $26,000 to $40,000 (so much for taking advantage of the ruble’s collapse – and honeymooners buying cheap tickets will find themselves sleeping on twin beds). The 160-meter, 25,840-ton vessel features an “experimental” hull design and is touted as the largest nuclear icebreaker in the world. OK, we admit that sounds pretty handy our regional seas, but the ship did catch fire for 20 hours during construction in 2004. Luckily, the reactors weren’t yet fueled, but we’re just saying… 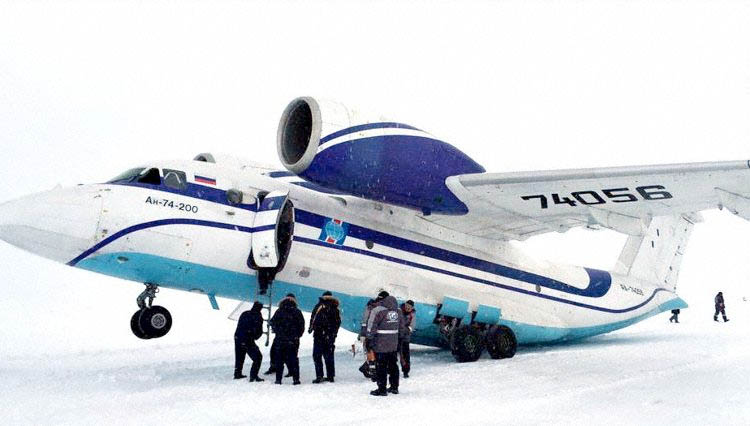 Previous post Briefs from Svalbardposten for the week of June 9, 2015 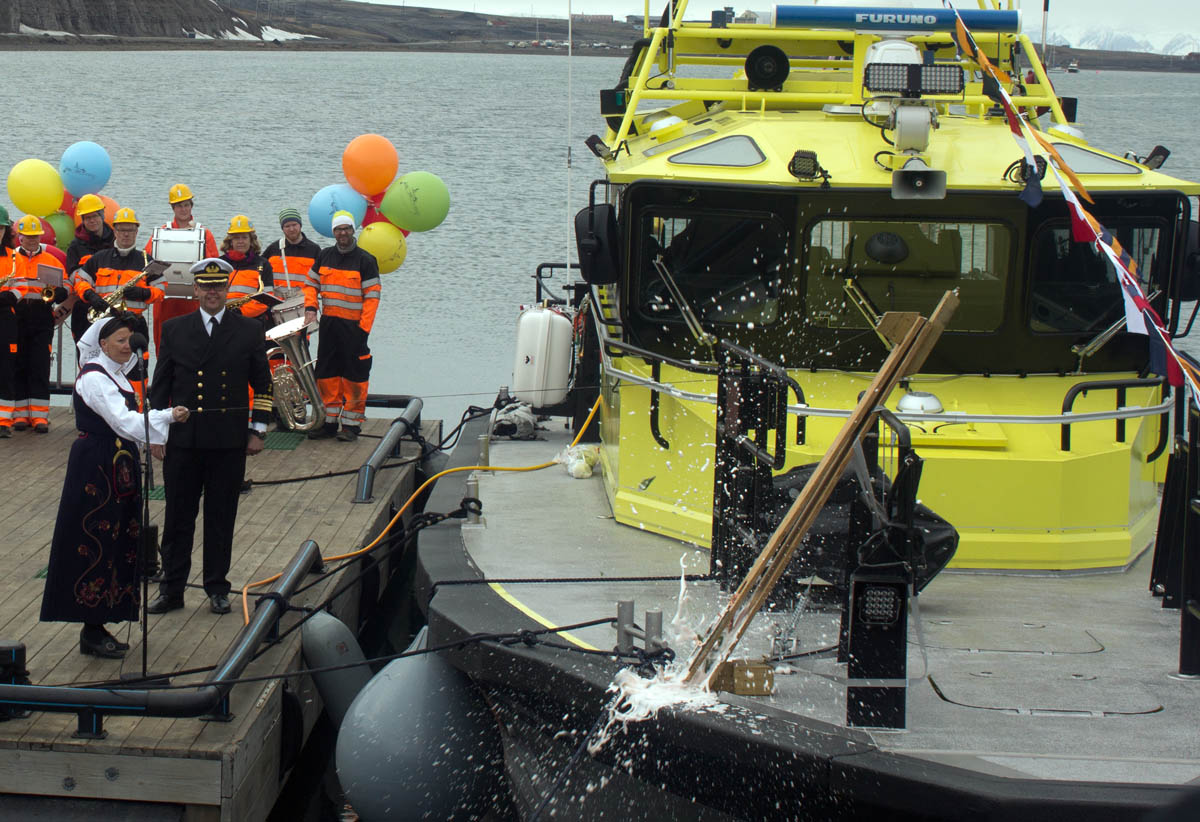 Next post Born on a pilot ship: Longyearbyen gets one-of-a-kind service vessel