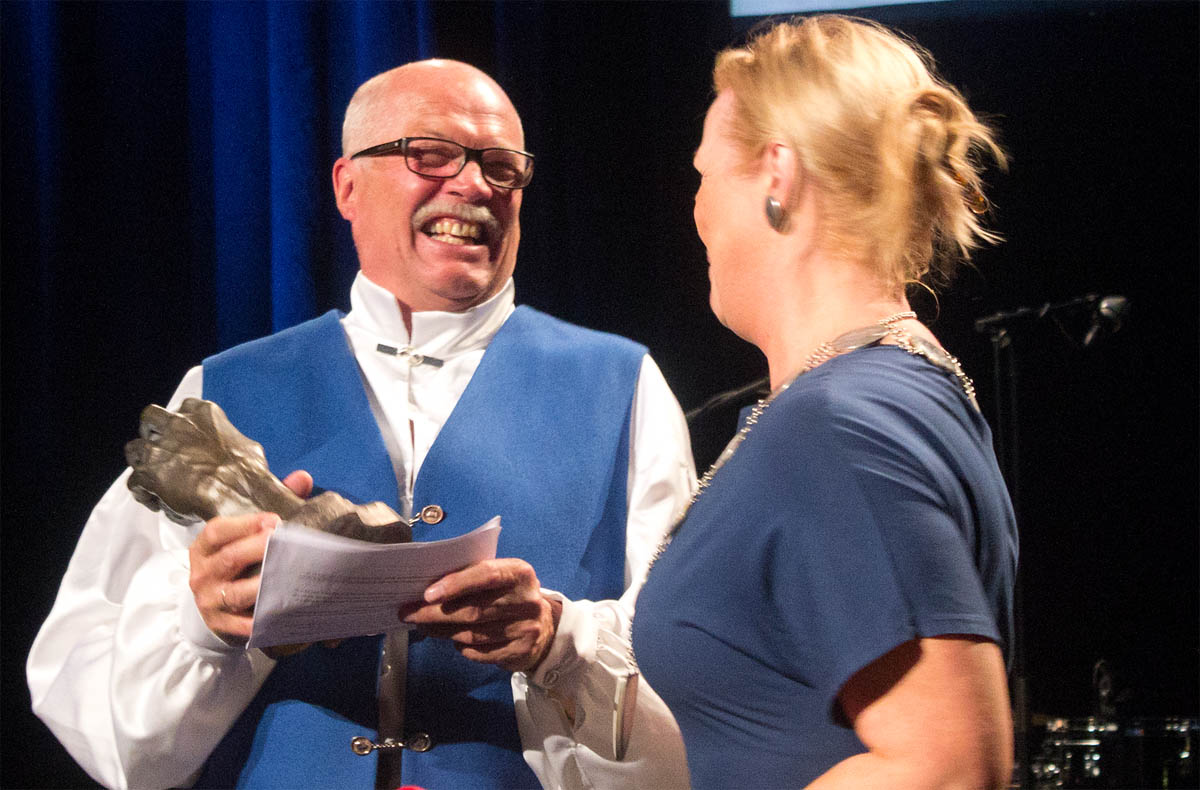 Leave out the lutefisk and there’s no disputing Lasse Stener Hanssen has brought a great deal of harmony to Svalbard.

During his 15 years here he’s composed a societal score featuring jolts of jazz, medleys from miners, sightseeing on ships, and getting people and their stuff moved around more efficiently. While all that is what he refers to as merely just doing his job, it earned him Longyearbyen’s top citizen award as he was presented with the Tyfus Statuette during the Syttende Mai gala Sunday at Kulturhuset.

“I thought it was a joke,” he said, referring to the moment he received a phone call about the honor. “I just have an ordinary day and when people give you credit like this you don’t expect it at all.”

Hanssen is credited with developing a cooperative booking system for tourism companies, starting the Pole Position logistics company with partner Terje Aunevik, serving as the director of the Polarjazz festival for the past decade, helping launch the Store Norske Men’s Choir and initiating an annual cruise voyage for local residents.

“One aspect about the recipient that not everyone is familiar with is a warm heart and fighting spirit for people with special needs,” said Longyearbyen Mayor Christin Kristoffersen in her presentation remarks regarding the yet-to-be-named winner. “With a child with special needs, the individual has been the pride of people and families in many ways by going up the trail and fighting battles with  nurseries, schools and governments. So it is becoming easier for other families, while it has made Longyearbyen a warmer, more generous and more tolerant society.”

Oh, and the lutefisk thing. He initiated the annual World International Female Arctic Lutefisklag gathering, and “is still the consul and first love” of the 100 or so female attendees – not surprising since men are otherwise banned during the event where the grand prize in a raffle is a blind date.

“I always think it’s been fun to create something that makes many people come together and share something in common,” Hanssen said. “Longyearbyen may perhaps be one of the most ideal places to do this.”

The remark, part of his acceptance speech for the award presented to “a resident whose work has kept us out of typhus,” reflected the optimism he emphasized about a community that works together on positive accomplishments and coping with struggles. He said that spirit is needed as Longyearbyen faces one of its biggest crisis in Store Norske’s perilous mining future, and as environmental concerns increasingly clash with commerial interests that are vital to the area’s economic surivial.

“I love to see people responding negatively or positively, then you have struck a nerve which may mean anything,” he said. “It is all about people, and there are people here in town who have made it both desirable and possible for me to contribute, but it is definitely not me alone.” 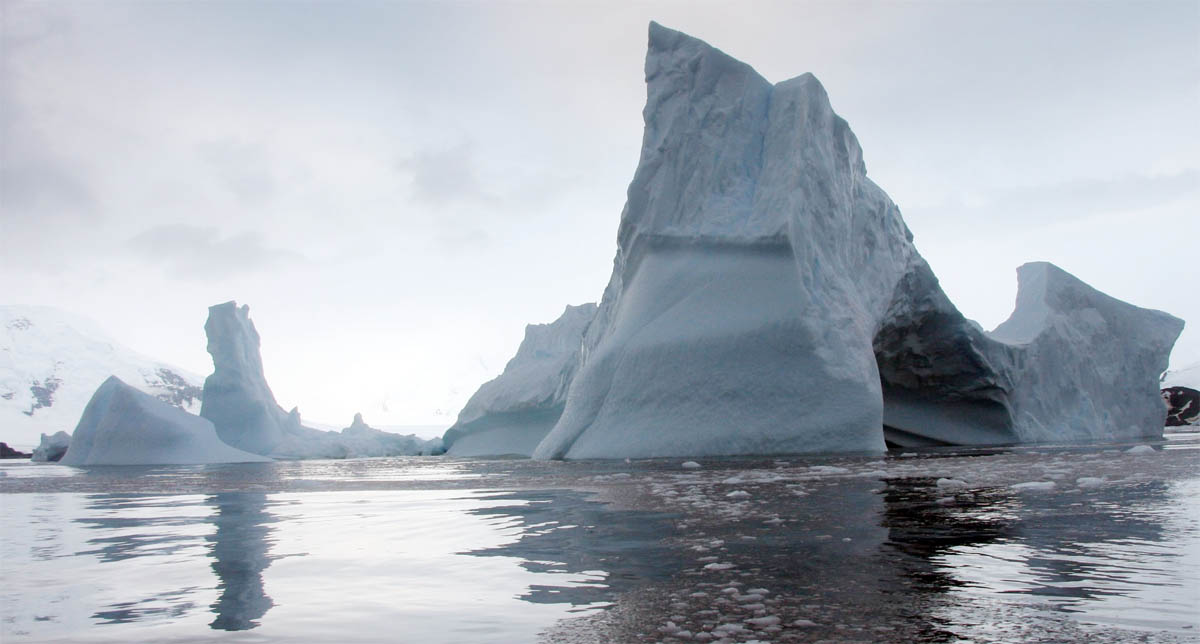 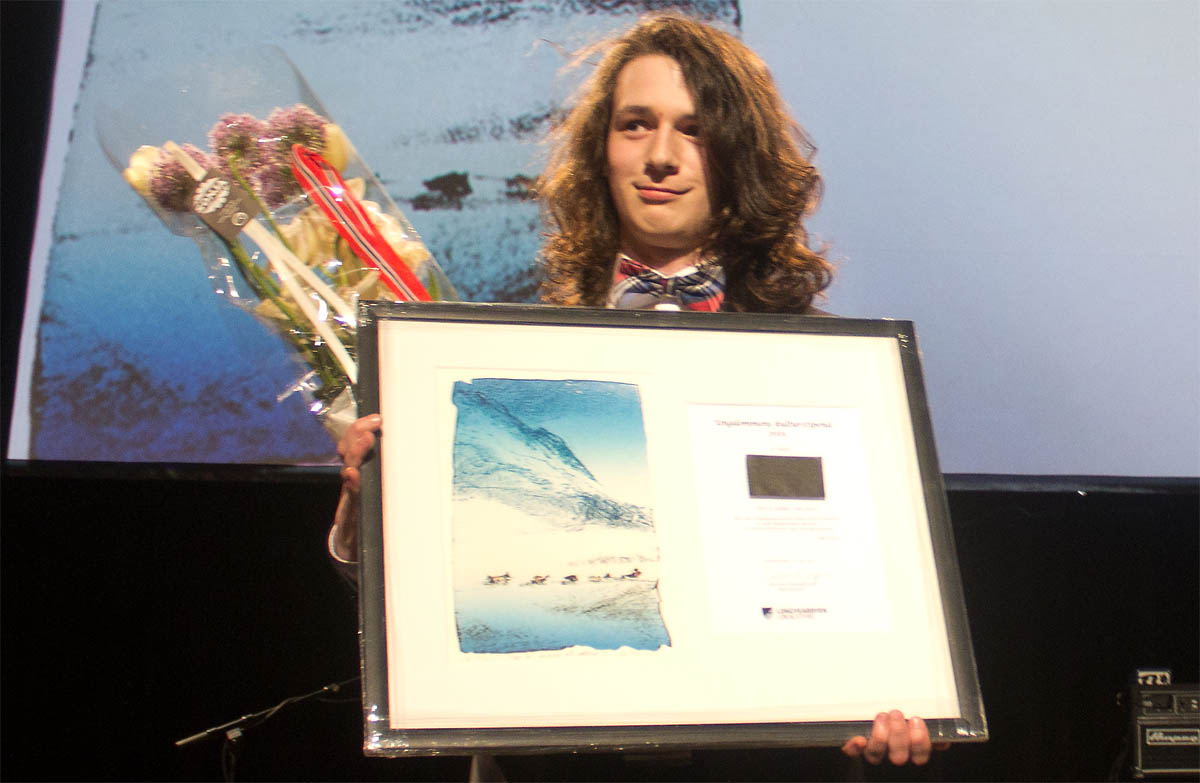 Next post Ulrik Snibsøer wins annual youth cultural award as a master of all musical trades, knows-jack of none