A restructuring plan relying on a 450-million-kroner loan from the Norwegian government was unveiled this week by Store Norske, which lost a record 537 million kroner in 2014 and only has enough cash to operate until the end of March.

The proposal, following the layoff of about 100 of Store Norske’s 340 employees in December, is necessary due to “abnormally low prices in the coal market now and over the next few years,” said Annette Malm Justad, chairwoman of the company’s board of directors, at a press conference this week in Oslo.

“Coal production will run at a minimum level in 2015 and possibly in 2016, in anticipation of a better coal market,” she said. “Meanwhile, we are conducting changes that will make it possible to operate cheaper, more efficiently and with lower staffing after coal prices have improved.”

“The new business will be based on Store Norske’s expertise in industrial activities and logistics in the Arctic, as well as the company’s existing infrastructure and real estate on Svalbard,” the statement noted.

The company’s reported loss in 2014 is considerably more than the estimated 400 million kroner predicted in published reports during the final quarter of the year. But Longyearbyen Mayor Christin Kristoffersen, who has been lobbying government ministries and members of Parliament to support assistance for Store Norske, said the amount of the requested loan was expected and she believes those expressing support will not change their stance due to the higher loss.

“I think that one of the important things to remember is this is for the development of Svalbard,” she said. “This is not providing money for coal, as such.”

Monica Mæland, Norway’s minister of Ministry of Trade, Industry and Fisheries, said in a prepared statement “we have a good dialogue with the Board as part of own monitoring,” but declined to say if her agency will support the proposed loan.

The request for help comes as the Norwegian government, which owns 99.9 percent of Store Norske, is facing a severe crisis of its own due to a 60 percent drop in crude oil prices since June. The kroner has dropped 27 percent against the dollar during that time and top Norwegian leaders conducted emergency meetings this week to plot a course for what’s expected to be a long-term oil slump. 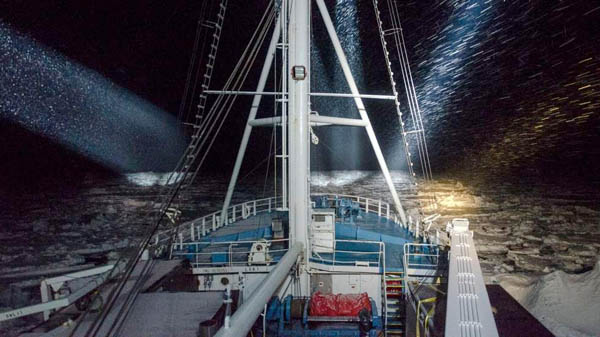